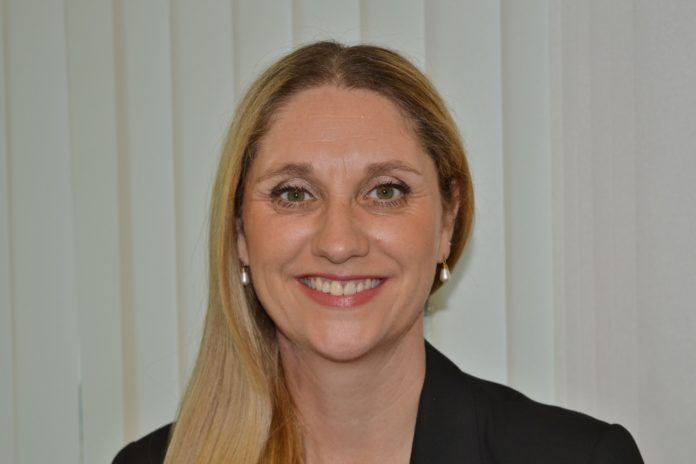 The International Association of Women Police has recognised the incredible achievements of a Greater Manchester Police (GMP) officer.

Detective Chief Superintendent Emily Higham, who is currently on secondment to the North West Regional Organised Crime Unit has been awarded the IAWP Leadership Award, beating off competition from across the world.

Following her BAWP win, the category was submitted to the International Awards which she has also gone on to win, beating off stiff competition from prestigious nominees across the globe.

One of her proudest achievements to date was setting up GMP’s first Child Sexual Exploitation Team (PROTECT) in 2006, which paved the way for all other CSE teams within GMP, and at the time PROTECT was recognised as best practise for other National forces to follow.

She also proudly led the implementation of the first Domestic Violence court in Greater Manchester, training magistrates, judges, crown prosecutors as well as representatives from the media on the challenges surrounding domestic violence and the needs of victims. This court was subsequently recognised as good practice and implemented across GMP as well as wider areas. To complement this she brought in the Multi Agency Risk Assessment Conference process within GMP bringing together partners to safeguard victims and children within abusive relationships.

Throughout her career, she has been instrumental in leading the way for future female leaders by being a ‘female first’ leader in some predominantly male environments. Through her continued vision for women in policing and ‘can-do’ attitude, she has run workshops and mentoring support for male and female officers and colleagues who are looking to progress their careers, and has continued to run these workshops and mentor people every year of her service.

Detective Chief Superintendent Emily Higham said ‘I didn’t even know that I had been nominated, so when I was notified that I was to receive not only a British award but a global award I was shocked but absolutely delighted.

“I am incredibly humbled to receive such recognition, I like many of my colleagues spend time developing the talent within the Police family. We all work incredibly hard to protect the communities and vulnerable people within GMP, and within my new role, the whole of the North West.

“I have been afforded fantastic opportunities within GMP, including being a female first in numerous roles, I have loved every minute of my career and worked with incredible people along the way.”

Chief Constable Ian Hopkins said “This is a fantastic achievement for Emily. The fact that she was selected as a winner from nominees across the world shows the high calibre of work carried out by the officers and staff of GMP. I am immensely proud of her achievements, which have provided an outstanding service to the public and delivered real leadership across the community of Greater Manchester and beyond.”

ACC Chris Green of North West Regional Organised Crime Unit said “We are so proud of Emily and this achievement is richly deserved. Emily is a role model for so many of our officers and staff and continues to pave the way in policing in the North West”

DCS Higham is due to receive her award at a formal event during the IAWP’s 57th Annual Training Conference in Anchorage, Alaska, USA this September.

A big Oldham thank for for all the litter pickers