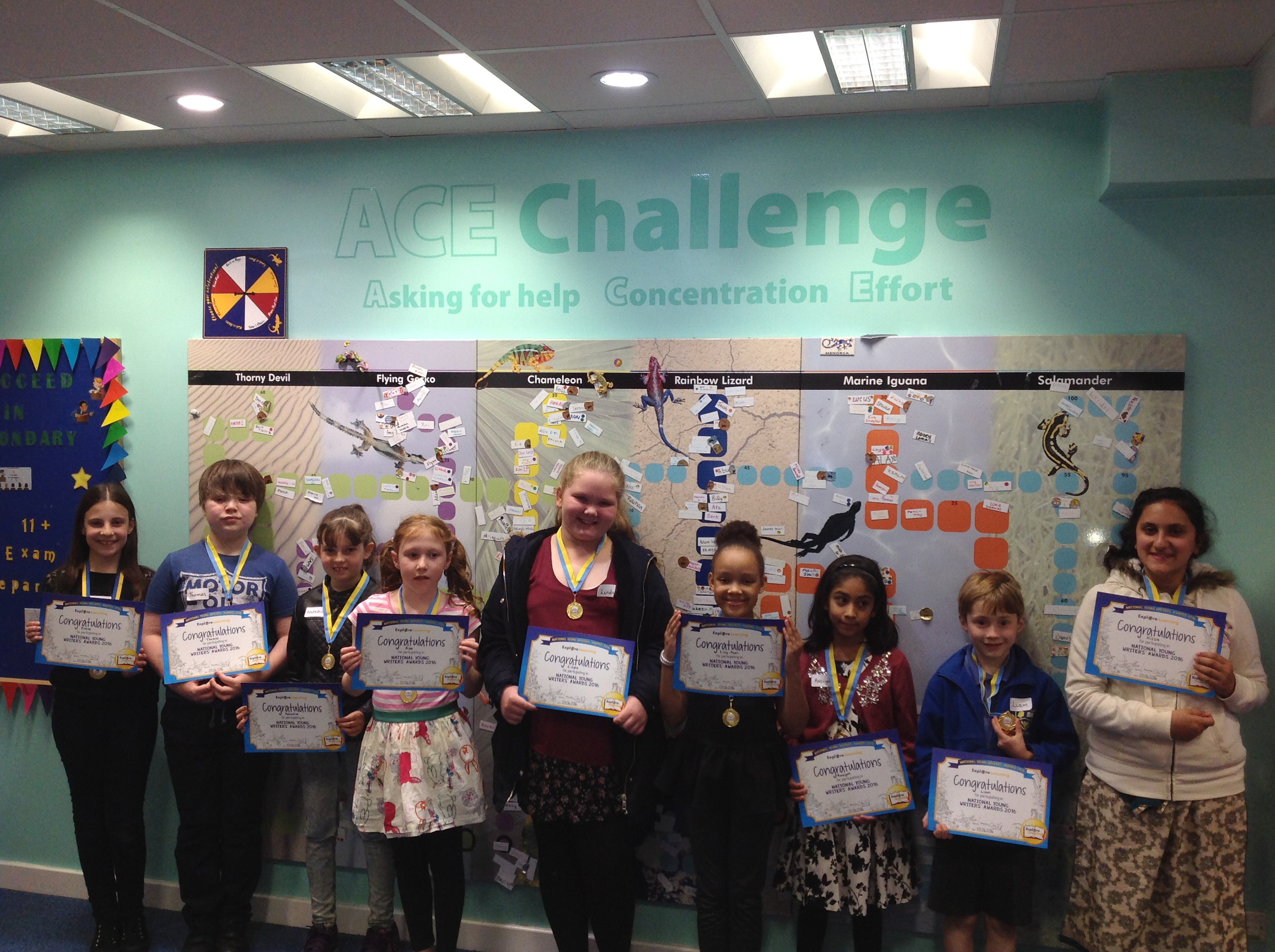 An eleven year old from Cheadle Hulme has been named a regional winner in the National Young Writers’ Award.
Eloise Shneck from North Cheshire Jewish Primary School fought off tough competition from children all over the region with her story, ‘Breathless’.

The competition, organised by tuition provider Explore Learning, has centres in Altrincham, Sale and Urmston. This year’s theme was ‘The Mash-up’, where children were challenged to write a 500 word story where two genres collide. Judged by best-selling author of the Ruby Redfort, Charlie & Lola and Clarice Bean series of books, Lauren Child, children from all over the UK put their writing skills to the test in an effort to be crowned the nation’s best young writer and win the prize of a trophy, a family trip to Disneyland Paris and £500 worth of books for their school.

The 2016 winner was an 11 year old, Gracie Harding, from Winchester who triumphed with her story ‘Happy Never After’.

Explore Learning has 120 centres located across the country providing English and maths tuition to children aged five to 14.

Carey Ann Dodah, Head of Education at Explore Learning says: “We were once again blown away with both the quality and quantity of entries for the National Young Writers’ Awards. The competition grows and grows and we’re thrilled it has inspired so many children to get writing!

“This year’s ‘mash-up’ theme brought out some brilliantly creative entries, it was a pleasure to read through some of them. The decision can’t have been easy but the winning entry was of the highest quality, many congratulations to Gracie!”

Judge, Lauren Child says: “As I read the entries, what I could see in them was the voices and the personalities of the people who’d written them and that’s really, really important. It’s very hard to write such a short story with a beginning, middle and end without losing the thread.”

It was their first visit to the City Centre-Can you help find their attackers?