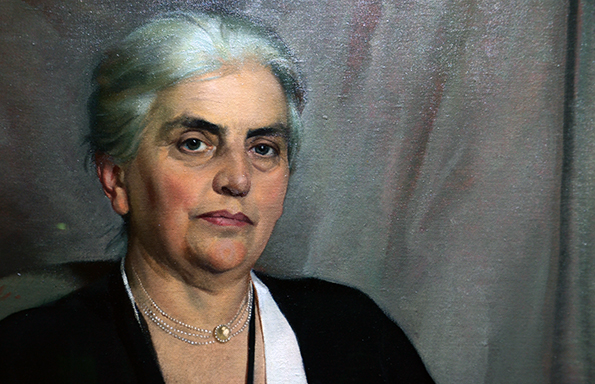 An exhibition around the life and times of Eleanor Rathbone, one of Britain’s foremost campaigners for social justice, is now open at Liverpool’s Victoria Gallery & Museum (VG&M).

Featuring press cuttings, photographs and other items drawn from the Rathbone Papers held by the University of Liverpool’s Special Collections and Archives, the showcase tells the story of a woman born into privilege but who devoted her life to the betterment of others.

Eleanor Rathbone joined the Liverpool Women’s Suffrage Society in 1896 and was at the forefront of the national suffrage movement.

Her research on the working conditions at Liverpool Docks and its impact on families started a life-long campaign for a family allowance. Eleanor was elected Councillor for Liverpool’s Granby Ward in 1909, standing as an Independent rather than aligning with a political party. She held her seat for twenty-six years.

In 1929 Eleanor was elected MP for the Combined English Universities, again standing as an Independent. During the Spanish Civil War and Second World War she worked passionately on behalf of refugees.

Just months before her death in 1946, after decades of campaigning, the Family Allowances Act was passed.

The portrait of Eleanor Florence Rathbone by Sir James Gunn, painted in 1933, is displayed courtesy of the National Portrait Gallery and Houses of Parliament curators.

The Dangers of Oversharing on Social Media