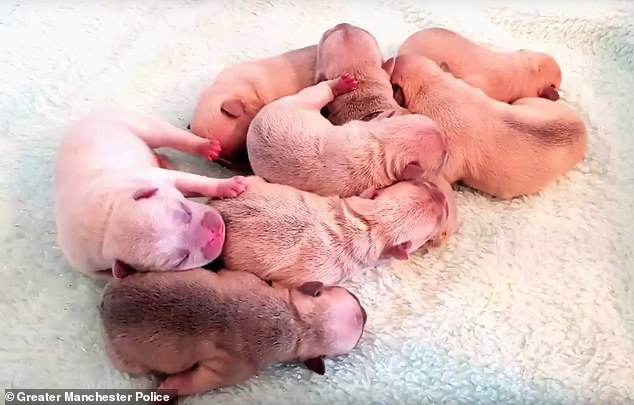 Police have launched an appeal after eight puppies were stolen from a house in Stretford. yesterday evening

Armed thieves had forced their way in to a family home on Alpha Road just before 10.00pm.

Armed with a knife they made demands for cash and mobile phones, and threatened a 26-year-old woman, who is six months pregnant.

The men then took eight French Bulldog puppies, which were only a day old, and fled the scene.Fortunately, no-one was hurt during the incident.

Detective Sergeant Dave Jones of GMP’s Trafford Borough, said: “It’s completely shocking that a pregnant woman and her three young children have faced such a terrifying ordeal, and we are determined to find the men responsible.

“As well as finding the offenders, an immediate priority is to find these puppies. They are only a day old, and they won’t survive for long without their mum, so they need to be brought home as soon as possible.

“I need anyone with information about the whereabouts of the puppies, or the men responsible, to please contact police as a matter of urgency.”