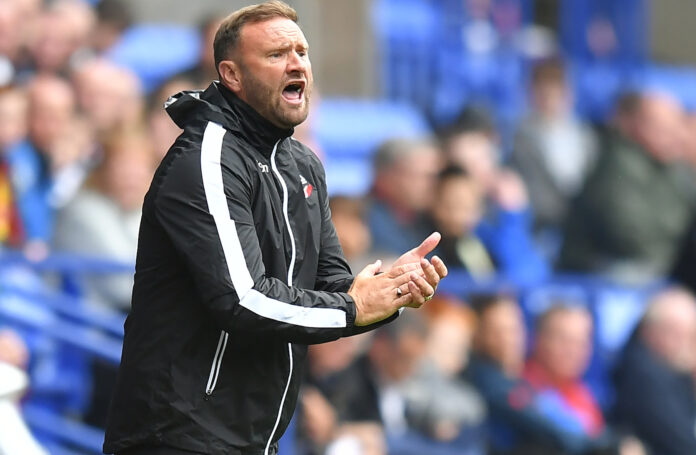 Leam Richardson’s new-look Wigan Athletic were edged out by Sunderland at the Stadium of Light on the opening say of the Sky Bet League One season.

Gwion Edwards, one of eight debutants involved for Latics on the afternoon,opened the scoring for Richardson’s side, though Aiden McGeady’s penalty cancelled out that strike within two minutes before Ross Stewart’s header was the difference in the second-half.

Six players were all handed their debuts in the blue of Oldham as well as Alan Sheehan returning for a league match for the first-time since 2009.

The visitors took the lead in a rather even first half when Omar Beckles lashed home from close range after Tom King saved Darren Pratley’s effort.

However The Ammies responded and levelled things up when Matty Willock’s sensational strike from outside of the area left Lawrence Vigouroux with no chance.

Alex Baptiste earned Bolton Wanderers a dramatic injury time equaliser to rescue a point for his side on an entertaining opening day of the Sky Bet League One campaign at the University of Bolton Stadium.

The veteran defender got on the end of Elias Kachunga’s cut-back to slam the ball home after Hiram Boateng came off the bench to seemingly give the visitors a win.