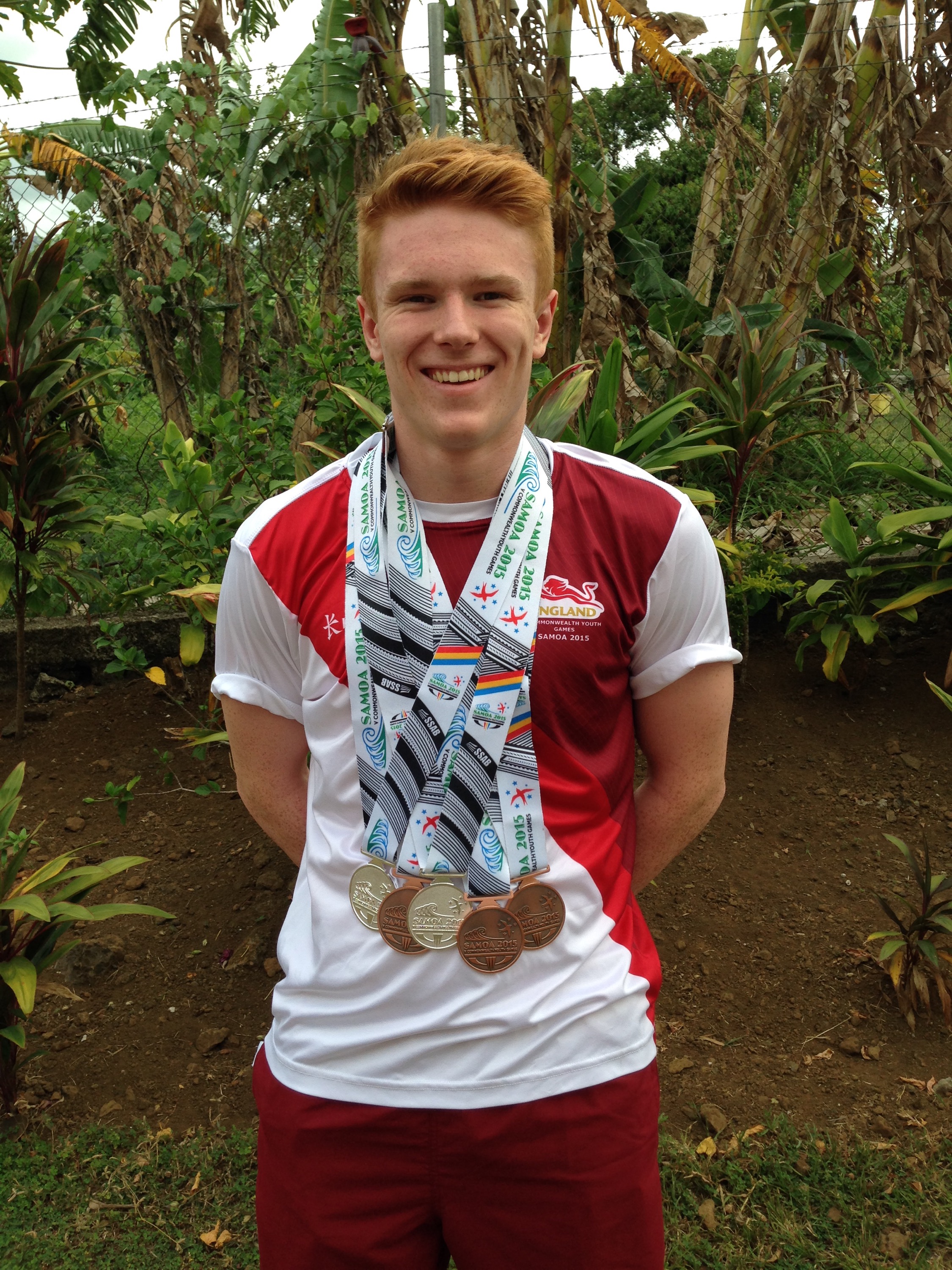 17 year old Eccles college student and City of Salford swimmer Lewis Clough from Tyldesley will return home today with a staggering five medals, having represented Great Britain at the Youth Commonwealth Games in far off Samoa.

As a young swimmer Lewis spent his days in the pool at Salford Community Leisure’s local clubs, before progressing to train with City of Salford Swimming Club. He has spent just one week training in New Zealand before moving to the beautiful Pacific Island of Samoa to compete in this year’s Youth Commonwealth Games.

Lewis said of his victories: “Samoa was a fantastic experience, competing at an international level with the best young athletes in the Commonwealth has been such a privilege.

“I have learned so much, made some great friends and have memories to last a lifetime. I went into the competition hoping to get close to my personal best times, but instead have come away with two new best times and five medals for my country; I’m over the moon.

I would like to thank my coach John Stout from the City of Salford and the England team coaches and support staff in Samoa, who helped bring out the best in me and my team mates”

Such is his devotion to the sport that Lewis trains seven or eight times a week despite studying for A-levels in Law, Biology, History and Sport at school in Eccles. Each week he spends 16 hours in the pool and eight in the gym building strength and endurance.

Lewis now has his sights set on the 2020 Olympics and will train with coaches John Stout and assistant Adam Naylor to achieve his dream, though he admits it can be hard to make money in the sport.

This week sees a double celebration from Stout, who coached Triathlete Marcus Day to victory in the under 15s British Triathlon Championship at Mallory Park Racing Circuit in Leicestershire on Sunday.

Coach John Stout said of the success “We are extremely proud of Lewis’ achievements in Samoa.

“Salford’s Competitive Swimming Training Scheme continues to produce athletes who can compete at the highest levels. Salford Community Leisure has a tremendous programme that has helped Lewis achieve the success he has and we hope to help him take that to the next level”. I am immensely proud of our coaching team and our athletes alike.”