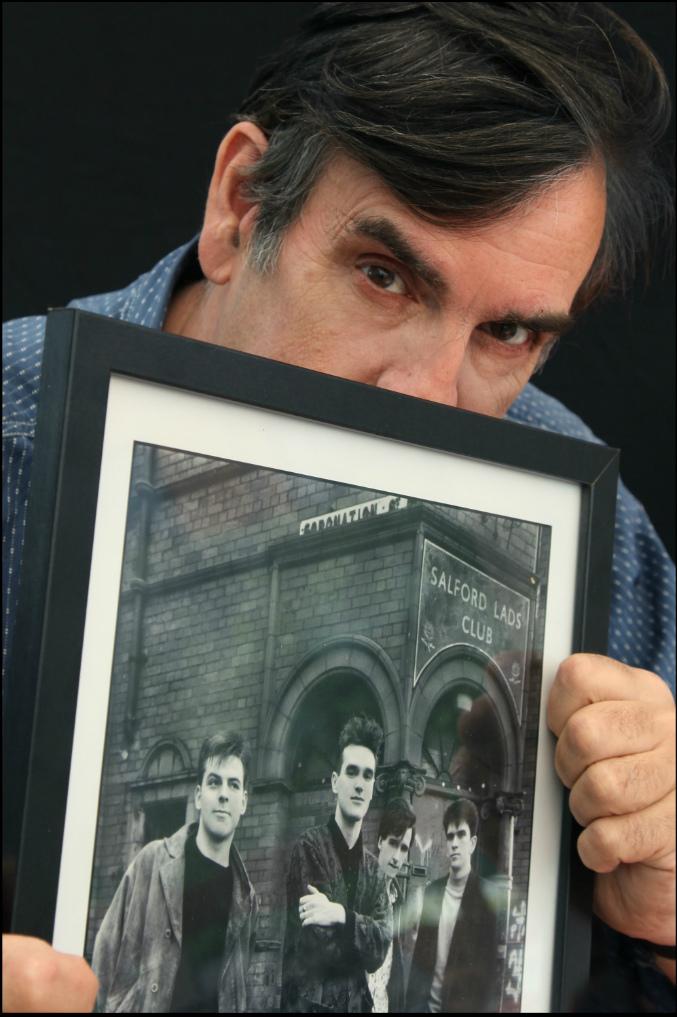 An exhibition of early photographs of Manchester music icons The Smiths – including the world-famous shot of the group posing outside the Salford Lads Club – is to go on display at Central Library.

As a novice photographer, Stephen Wright captured the legend of The Smiths with his first Nikon camera in the mid-1980s and his images have become an integral part of the band’s visual history.

During his career, Stephen has photographed musicial legends including Madonna, Prince, Miles Davis, Nina Simone and James Brown.  But his most famous image is still a posed shot of The Smiths, taken outside the Salford Lads Club in 1985, ahead of the release of their album The Queen is Dead.

Stephen caught the band at their peak on a dark, murky day in Salford and the image selected by the band became renowned worldwide.  The photograph is now a part of the collections of the National Portrait Gallery, the Manchester Art Gallery and the Salford Art Gallery.  Remarkably, the original film was processed in a darkroom in Wright’s bedroom, with chemicals which were kept in old fizzy-drinks bottles.

The images will be displayed on the library’s first floor from Friday 1 June, near to the Henry Watson Music Library, which hosts a collection of musical instruments and production software which can be used for free, plus an extensive collection of rock and pop biographies to loan.

Stephen recently allowed the Salford Lads Club to use one of his Smiths images to adorn a fundraising T-shirt, which raised £65,000 in a year for a trip for teenagers Club to visit Native Americans in South Dakota – the descendants of the ‘Salford Sioux’, who worked with Buffalo Bill’s Wild West Circus in 1888.  Stephen has also donated signed limited edition prints to a range of charities.

Stephen said: ‘I’m delighted that people will have the opportunity to enjoy my early photographs in such a lovely venue, which is only a few hundred yards the site where I first photographed The Smiths live, at what was the Free Trade Hall in 1984.”

Fitter Than Ever at The Printworks