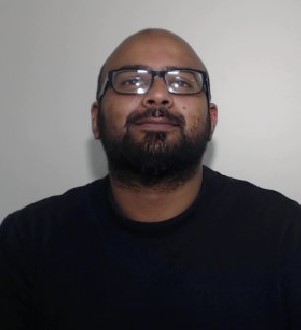 The ring leader of a lucrative drugs operation in Bury has been jailed.

Sibtain Javed was behind the gang that ran the ‘Gucci line’ supplying class A drugs and was arrested as part of Operation Leyland in June 2020 after reports of significant drug dealing in the area.

Javed 33, of New Cateaton Street, Bury, pleaded guilty to possession with intent to supply and was jailed for five years when he appeared at Manchester Minshull Street Crown Court earlier this week

His accomplice, Iman Ali aged 41 of Killon Street, Bury, was jailed for 21 months, suspended for two years with a curfew requirement, after pleading guilty to being concerned in the supply of class A and class B drugs.

Officers from GMP’s Challenger team found drugs – including 276 wraps of heroin and 372 wraps of cocaine – and cash at his home and in various vehicles.

Police also found Javed in possession of a mobile phone linked to the Gucci line operation.

“He was found in possession of a burner-style Nokia mobile phone and this was later identified by detectives from Bury’s Organised Crime Unit as the number attributed to the Gucci line.

“A search upon arrest also revealed a car key to a Mazda parked up in close proximity to Javed’s home address.

“The vehicle was searched and a large quantity of heroin, crack cocaine and cannabis was recovered valued at £14,390. Inside Javed’s home, officers seized £2,475 in cash.

“His arrest and subsequent sentence is a significant result against organised crime in the area, as well as taking a large amount of drugs off the street.”

Police find cocaine as they raid storage containers in Bredbury