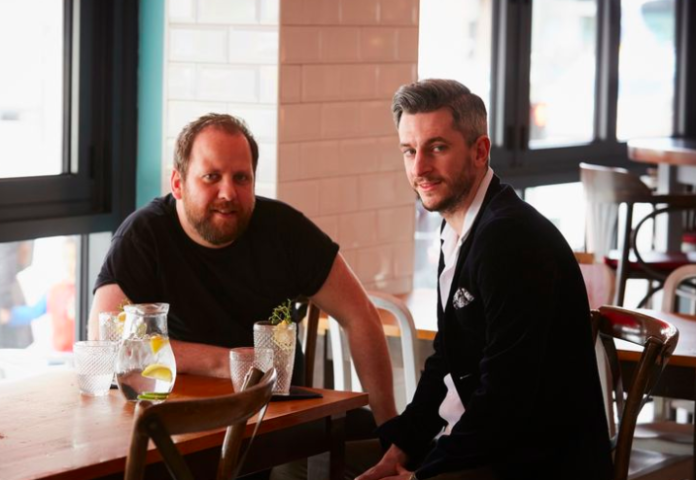 Didsbury Gin today announces a partnership with JD Wetherspoon Pubs, where they will be stocked as their new premium flavoured gin in their venues across the UK.

With over two million customers visiting the pub chain each week, the deal with the chain enables the team at Didsbury Gin to get their growing brand in the hands of even more gin lovers across the UK.

JD Wetherspoon’s buying team chose Didsbury Gin’s Raspberry and Elderflower Gin to become their newest premium flavoured gin to be sold at 775 of their venues.

The team at Didsbury Gin were originally approached by Wetherspoons to take part in their gin festival, which is currently running at selected sites across Britain. The team tasked with sourcing the gin for the 18 day event, blind tasted one hundred gins to be included in their gin festival, with ten brands being invited in to pitch for just five spaces at the festival.

On pitching for their space at the festival, the team at JD Wetherspoons were so impressed that Liam and Mark of Didsbury Gin walked away with a deal to become their newest premium flavoured gin to be stocked at 775 JD Wetherspoon pubs across the UK.

Aired this January, after a bumper year making gin, Mark from Middlesbrough and Liam from Manchester bagged themselves three minutes to pitch their plans for world domination to the BBC show’s five resident multi-millionaires in a bid to convince them to invest their own cash in the craft gin company.

After some initial banter between the multi-millionaires, Liam and Mark hooked in offers from both Jenny Campbell and Tej Lalvani. Ex-career banker turned business turnaround specialist and European cash machine entrepreneur Jenny prides herself on helping young talent realise their potential and the gin-makers felt an instant chemistry with her. What’s more she has a well documented love of gin and her own home gin bar already!

With the promise of help scaling up the business and reducing costs so they could increase production of the gin, enabling them to offer the right price point to take their product to the bigger retailers and restaurant and bar chains, Liam and Mark took Jenny’s offer of £75,000 for 33.3% of their one year old business.

Liam Manton, co-founder of Didsbury Gin, said; “To be asked to pitch for an initial one month listing, and come away with a national menu listing is testament to the quality of our gins. It’s great to see Wetherspoons championing new young British businesses and showing the same belief and passion for our products as we do, this will be a great partnership. They have been very supportive throughout the procurement process and we are thrilled to be working with them on such a large scale”

Mark Smallwood, co-founder of Didsbury Gin, continued; “It is great to see the Didsbury Gin brand growing nationally with the trade partnerships we have put in place. JD Wetherspoons Pubs is such a huge household name, it is a great win for us to be included on their menus. We have been working hard behind the scenes since the show was recorded last April to put some great deals into place.”

Didsbury Gin Raspberry and Elderflower (ABV 40%) will be stocked in all of JD Wetherspoon’s Pubs from 6 March 2019.