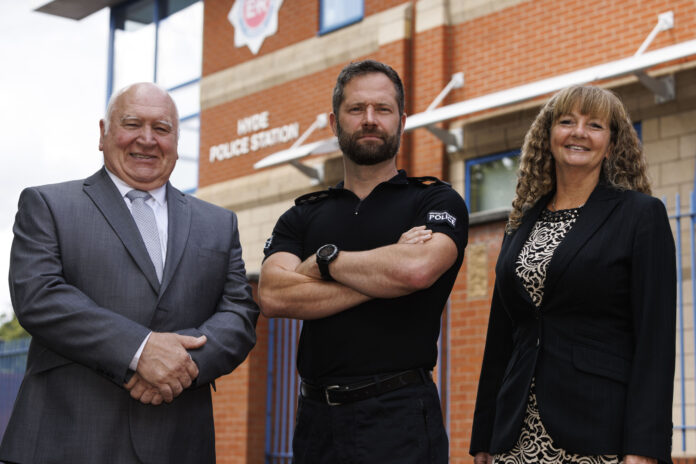 Over 120 drivers believed to have been paying scammers hundreds of pounds to avoid prosecution for road traffic offences have faced justice in front of Manchester magistrates this week as part of a nationwide-leading crackdown by our officers working to make Greater Manchester’s roads safer.

The police Central Ticket Office based at Hyde police station has been taking to court drivers and businesses suspected of paying criminals as much as £800 to use fake driver details when writing out traffic notices so that they have avoided being penalised and even dodged disqualification.

An operation into the so-called Notice of Impending Prosecution (NIP) Farms was launched in early-2022 after it became apparent to us that bogus forms were being returned to us with registered vehicle keepers nominating fictitious driver’s names and driving licenses as well as repeat addresses.

One property in Oldham is believed to have been used over 100 times in the last two years – with 22 more addresses in the town being used for the scam – and another in Accrington is thought to have been implicated at least 50 times.

Investigators have already questioned two men from Oldham – both aged in their 20s – who were arrested on suspicion of perverting the course of justice as part of the town’s Operation Avro day of action in March.

They both have been questioned in custody and currently remain under investigation pending a range of widespread and ongoing enquiries, with other suspects being sought across GM and nationwide.

This week (commencing 27 June), a total of 126 drivers have been summoned to appear at Manchester and Salford Magistrates’ Court accused of failing to provide information (section 172 of Road Traffic Act 1988) which carries a mandatory penalty of six points and a fine of up to over £600.

Of those, 78 drivers admitted – or were found guilty of – the offence, with 36 of these ordered to further attend court for consideration of disqualification; one driver from Stockport has five offences they had failed to previously answer for.

The remaining 48 cases – of which 15 are businesses – will be attending a later case management court hearing and also face a six-point penalty and fine.

It’s understood to be the first time that offences of this nature have been placed before the courts at such a large scale, as we continue to robustly work to make Greater Manchester’s roads a safer place as part of our Safer Roads strategy.

We’re now warning other GM drivers against trying to avoid justice by utilising the scam as we are committed to identifying and prosecuting all those who attempt to skip the system.

In 2021, 71 people died after collisions on our roads – with speeding being one of the leading causes of the fatal incidents occurring – and we’re determined to ensure drivers initially caught offending face the necessary consequences to prevent fatalities from occurring later.

Any drivers found attempting to escape justice for their transgressions on the road – whether it be instances such as speeding, using a mobile phone, jumping a red light, or driving without due care – should expect a letter through the post with a court date for an offence that carries a much higher penalty.

Paul Rowe, Manager of the Central Ticket Office, said: “This is the first time that such large volumes of offences of this nature have ever been placed before the courts, and it shows our commitment in ensuring that anyone using this scam is found and handed nothing short of the mandatory six-point penalty.

“The staff in the GMP Central Ticket Office have worked tirelessly investigating the offences and have introduced a robust and nationwide-leading process which ensures all offenders who utilise NIP farms are brought to justice – and we are thankful to our local courts for assisting us with this.

“We’ve had drivers try and retrospectively hold their hands up in admitting the original offence, but we will not accept it; if you are found to be using this scam then expect a summons through the post, and if you’re running a NIP farm then know we are investigating you and you will be arrested.”

Chief Inspector Ronnie Neilson, of our Roads Policing Unit, said: “The work being done by our Central Ticket Office here in Greater Manchester is ground-breaking work into what is a nationwide scam, that is seeing us work closely with other forces to clamp down on unscrupulous individuals running these farms and stop offending drivers from continuing to try and cheat justice.

“In GM in 2021 alone, 71 people tragically died after road traffic collisions; meaning 71 families were given the most heart-breaking news and have had to try to come to terms with an excruciating loss – speeding is often a leading cause in these devastating incidents occurring.

“Too many drivers had lost the fear of enforcement but that is emphatically changing; we’re doubling our Roads Policing Teams this year and are ensuring that anyone committing the four fatal acts of speeding, mobile phone-use, drink/drug driving, and not wearing seatbelts is caught and prosecuted.

“Criminals and drivers caught trying to benefit – financially or by escaping traffic convictions – from the NIP Farm scam will be particularly sought after and hauled before the courts in their dozens to face the consequences of trying to dodge the law and undermine the safety of Greater Manchester’s roads.”