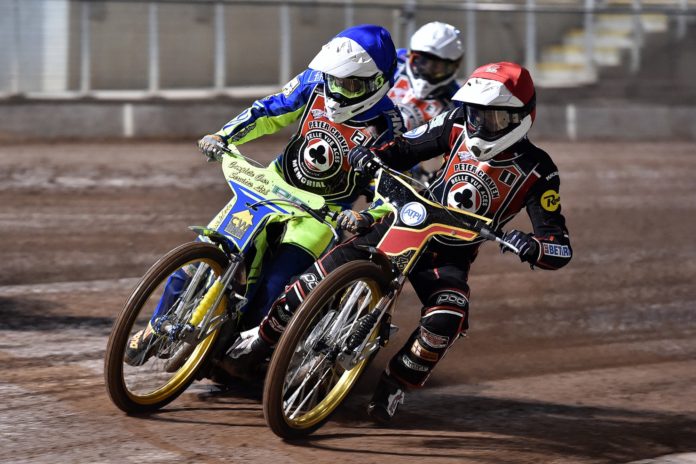 Jason Doyle stormed to a second consecutive victory on Saturday night in Belle Vue’s prestigious season opener, the Peter Craven Memorial, becoming the first rider since Jason Crump to do so.

Rentruck Aces skipper Max Fricke and Kenneth Bjerre dominated the scoreboards with 13 points from their five qualifying rides, putting them into the grand final and into contention for the trophy.

2017 world champion Doyle took a detour via the semi-final, along with Rory Schlein, David Bellego and Matej Žagar, before he made his way to the tapes for the final together with Schlein.

He was untroubled in the final four laps of the night while his comrades batted fervently behind him to ensure their podium finish, with Bjerre and Fricke taking second and third respectively.

Doyle said: “Crumpy [Jason Crump] was a legend to win the Peter Craven twice in a row and for me, to lift this historic trophy for the second time in my career I am very honoured.

“Hopefully it’s the shape of good things to come this season. Unfortunately, after my win last year, things didn’t quite go to plan so I’ll be taking things slowly this time. It’s a long season after all.

“It’s always a buzz riding here [at the National Speedway Stadium]. It’s a great race track and we certainly had some great heats. Hopefully I can come back next year and make it three wins!”

Returning Rentruck Ace Kenneth Bjerre took silver medal on the night after an epic battle with Fricke and Schlein, saying: “I really wanted the win tonight but Jason [Doyle] was on fire.

“He made a good start and was quick all night. It was a good way for me to start the year. It wasn’t the win I wanted but I’m happy with my performance and am excited for the season.”

Belle Vue skipper Max Fricke brought home the bronze after an emphatic display from start to finish. He said: “It’s been a good night with some great racing. I’m happy with third spot.

“It’s a good start to the season for me. It’s nice to come back after time off and have a good meeting. Well done to all the boys who took part, they absolutely smashed it.”

They then take to the track at the National Speedway Stadium for the very first time as a septet on Thursday, April 4 for the return fixture, opening their 2019 campaign at home.

Tickets available for the home fixture online at www.bellevue-speedway.com and at the stadium box office on race night.

Eagles Overtaken At The Top

No points after valiant comeback by the Aces