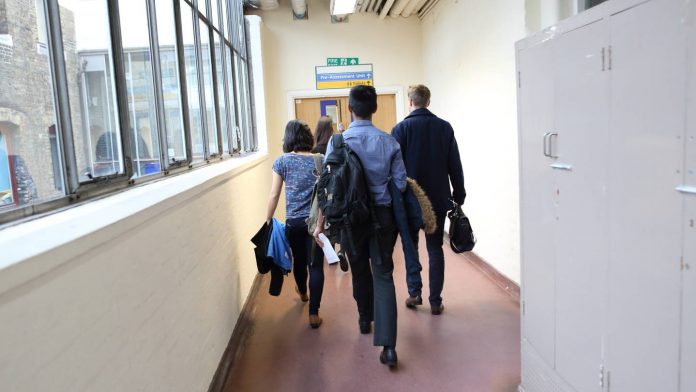 A growing number of EU doctors are now considering leaving the UK, according to the findings of a new British Medical Association study.

A survey of more than 1,700 EEA doctors has found that 45 per cent are thinking of moving to another country, while a further 29 per cent remain unsure over whether they will remain in the UK.

This is an increase on the findings of a similar survey earlier this year which found that 42 per cent of doctors were thinking of moving, with 23 per cent unsure.

The ongoing impacts of Brexit appear to be the primary motivation, with 19 per cent of those doctors considering leaving citing the UK’s decision to exit the EU as their reason for doing so.

The BMA’s new survey comes as the association publishes its latest briefing paper on Brexit which warns that leaving the EU is likely to heap further pressure on the health service, and is calling for a flexible immigration system to be negotiated with the EU.

More than three quarters of respondents said that a negative outcome on citizen rights following the Brexit negotiations would make them more likely to consider leaving the UK, with just 9.5 per cent currently confident of a positive outcome.

Following prime minister Theresa May’s speech in Florence in which she called for a two-year transition period following Brexit, the Government has since published further details on how EU citizens will be able to apply for settled status.

One EU GP who took part in the survey spoke of the incredibly difficult situation that the referendum and the so far inconclusive UK/EU negotiations were having on her personal and professional life.

The doctor, who did not wish to be named or for her nationality to be revealed, came to the UK with her family in 2003 after completing her education and training in the EU.

Having worked for her entire professional life in the UK, she said that the referendum result had for the first time made her question whether she would be able to stay or even if she should.

She said: ‘The day after the vote we were in massive shock – we were very worried. Initially we tried to tell ourselves that there would be a settlement [on residency status] between the UK and European Union and that it would be fine.

‘I think now that this is looking more and more uncertain. The more time passes the more you’re thinking that you don’t want to find yourself at the last minute having to move back, so you’re starting to make plans Bs and Cs and Ds and Es.

Further findings from the survey showed that 15 per cent of doctors said that ongoing uncertainty over their future immigration status was driving their decision to potentially leave.

Following prime minister Theresa May’s speech in Florence in which she called for a two-year transition period following Brexit, the Government has since published further details on how EU citizens will be able to apply for settled status.

These include minimising the amount of documentary evidence needed for an application, and ensuring costs be equivalent to applying for a British passport.

The Home Office has also pledged that unsuccessful applicants would be entitled to a statutory right of appeal in line with the rights currently afforded under EU law.

Meanwhile the BMA has continued to lobby ministers on recognising the rights of EEA staff, such as its recent submission to the Migration Advisory Committee which highlighted the importance of overseas staff to the NHS.

The female EU GP said that she was under no illusions as to the challenges moving back would have on her professionally, as well as for her family.

Returning to her country of origin, she explained, would mean having to retrain and would potentially result in her experiencing a pay cut.

She said that a final negotiation settlement that allowed for a simplified process for obtaining settled status in the UK would go a long way towards persuading her to remain, but that despite some encouraging developments, the situation was still far from straightforward.

‘I’m trying to stay positive and think that they [the Government] will sort out something … [but] we can’t say where we will be in the next two to three years.

‘When in the negotiations they say that maybe NHS workers will be given the right to stay, that’s very nice and I would really appreciate it, but the problem is I don’t live on my own, I have a family I have a husband.

‘If I can stay here and work here and keep my rights that’s great and I’ll be very grateful for that but if my family and husband can’t stay here or my parents can’t visit so easily, everything will become so much more complicated.’

Just five per cent of doctors who told the survey they were considering leaving said they felt there would be better opportunities in other countries, with only one per cent saying they would prefer to return to working in their home country.

Junior doctor Adèle Beck is originally from Luxembourg and came to the UK in 2012 after studying in France in order to be with her partner, who is British.

After completing an elective position, she began working in a trust role in a hospital in south west England.

‘It was a tough decision to come to the UK, but I was made to feel very welcome when I arrived by everyone, and everyone at the hospital accepted me for who I was.

‘[After the referendum] What was striking was how most of the EU staff that I know were as upset as I was. Even though I felt that life as a medic is better in the UK than in France, there was a palpable feeling of threat and rejection following the referendum result.’

‘Before Brexit, I had a sense of loyalty to the UK but the referendum questions, in my view, the loyalty of the UK towards EU citizens… and the five years of value that I’ve added to the country don’t seem to matter.’

Dr Beck said that granting European citizens the right to remain following Brexit would potentially ease a decision to remain, but that she greatly valued the freedom of movement rights that being in the EU provided.