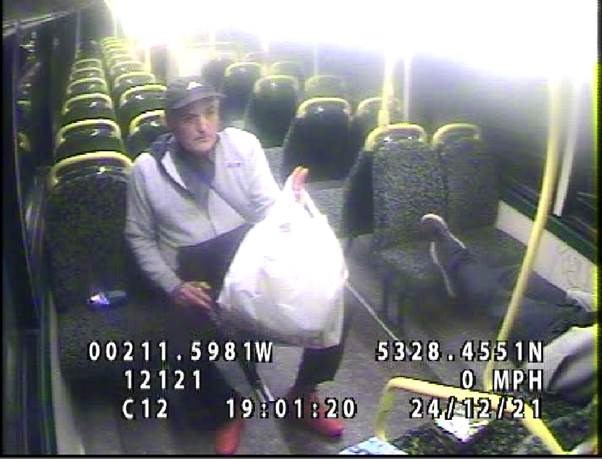 Police have released a CCTV image of a man they would like to speak to in connection with an assault on a bus in Openshaw on Xmas Eve.

The victim – a man in his 70s – had been travelling on a bus from Manchester City Centre in the direction of Ashton-under-Lyne around 7pm.

Whilst on the bus, a woman began to ring the bell continuously prompting the victim to ask her to stop. When he did so, a man assaulted him by punching him in the face, causing his glasses to smash and minor injuries to his nose.

Both the woman and the man then got off the bus before the driver came to the elderly gentleman’s aid.

Thankfully he has since recovered from his injuries.

Officers are now appealing to anyone who may recognise the man in the images or who may have information that could assist their enquiries to get in touch with police.

Man arrested on suspicion of manufacturing explosive device in Fallowfield