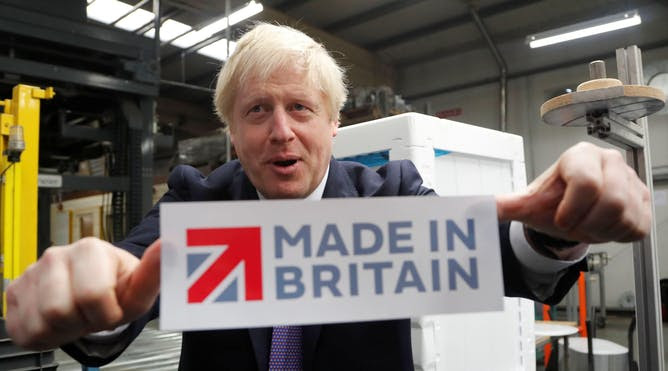 For many of us, a national identity is an essential part of who we are. For others, it’s a source of division. National boundaries, like any boundary, imply that some are on the outside. As long as there’s an in-group, there must also be an out-group. But one important idea about national identity is that it provides a sort of “psychological glue” holding the citizens of a country together. It provides a sense of moral commitment to our fellow citizens.

But there are concerns that the psychological glue holding the United Kingdom together has dried out and lost its sticking power. Gordon Brown, the former prime minister, recently argued that the UK is at risk of becoming a failed state and breaking up. He warned that the coronavirus pandemic had exposed divisions between different parts of the UK:

You’ve got not only the Scottish first minister but you’ve got the regional mayors saying they are not consulted and listened to … you’ve got no mechanism, no forum for coordinating the regions and nations, and I think that the public are fed up.

These concerns have been bubbling under for some time. However, the problem is not just a lack of kinship between the different nations of the UK but also between people in England. In fact, the north/south divide appears to run deeper than the England/Scotland divide.

We asked a series of questions in a nationally representative online survey in 2019 as part of our ongoing research for a forthcoming paper. We asked whether participants felt people in other parts of the country shared their values. We found that the pattern of responses was largely driven by one’s national or regional identity. There was a marked tendency for what psychologists term “in-group preference” – a tendency to favour people we see as similar to ourselves.

This is in line with with a great deal of research on the way English and Scottish people feel about their identities, their national flags and their national achievements. We also know that fewer Scots now subscribe to a shared British identity than before devolution happened in the 1990s. Devolution was, in many respects, a consequence of the rise of nationalist movements in Scotland, Ireland and Wales seeking greater independence within or even from the UK.

What is perhaps more surprising is how English people feel about each other. One might have expected that devolution would have strengthened a sense of Englishness at the same time that it weakened Britishness. But when we looked at shared values within England, we found an even larger gulf between northerners and southerners than we did between English and Scots.

It is possible that Brexit is further exacerbating these centrifugal tendencies, making Scottish independence and Irish re-unification more likely. Many Scots, for example, feel they have been dragged out of the EU against their will.

Brexit may also be a catalyst for fragmentation within England. There were certainly large divisions across England (greater indeed than the divisions between the four constituent nations of the UK) in support for Brexit.

One explanation for these divisions may be related to how people are treated, or feel that they are treated. COVID provided an example of this in late 2020 when some northern mayors expressed anger at not being consulted or even listened to by the Westminster government when decisions were made about lockdowns.

These results strongly suggest that it’s right to see problems within England, not just between the four nations of the UK. Future questions of national identity might therefore also apply to the relations between the Westminster government and the people of northern regions as well as between the government and Scotland or the other devolved powers. Indeed, if anything, the divisions within England are greater than those between England and Scotland. Perhaps this is something the new Northern Independence Party can capitalise on.