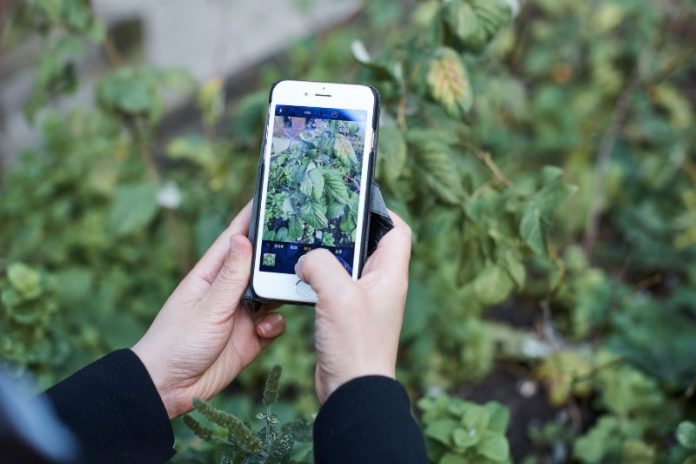 Developed in Manchester, the new app uses a simple photograph of a leaf to provide near-instant automatic diagnosis of diseased crops could prove a major agricultural breakthrough for farmers and producers alike.

The idea of the Crop Disease Detector app is to assist arable farmers to improve their yield by giving them quicker and more accurate data on which to base their disease control strategies and therefore stop their harvests being diminished by infection.

It has been developed by staff at Manchester Metropolitan University.

With the Crop Disease Detector app, all the smartphone user has to do is take a photograph of a leaf and the app connects to an innovative cloud-based processing system that allows it to automatically identify abnormalities on the leaf surface.

It takes less than a minute to provide an on-screen diagnosis and an accompanying description of the disease, a severity indicator and information on typical treatment techniques.
The app can depict the leaf images as markers on a map so farmers and producers can pinpoint disease-hit and healthy tracts of land.

Other apps in this field provide library images of diseased leaves against which the user still has to make a difficult visual comparison with the leaf in front of them.

Professor Liangxiu Han, Professor of Computer Science at the University’s School of Computing, Mathematics and Digital Technology, said: “Crop plants can be affected by various diseases and it is estimated that almost 40 per cent of worldwide crops are lost to diseases, with the potential to cause devastating economical, social and ecological losses.

“However, this method tends to be time-consuming, costly and inaccurate.

“For example, the surveyors have to be regularly trained to maintain quality, which is costly.

“The level of detail is variable and inevitably errors often arise from the subjectivity of individuals and the tedious nature of the task, which could lead to bias and misdiagnosis.
“In addition, with large areas or fields to be inspected, the scarcity of the trained surveyors makes the monitoring of disease a challenging task.”

Plans to upgrade Cleavley athletics track are heading for the finish line.