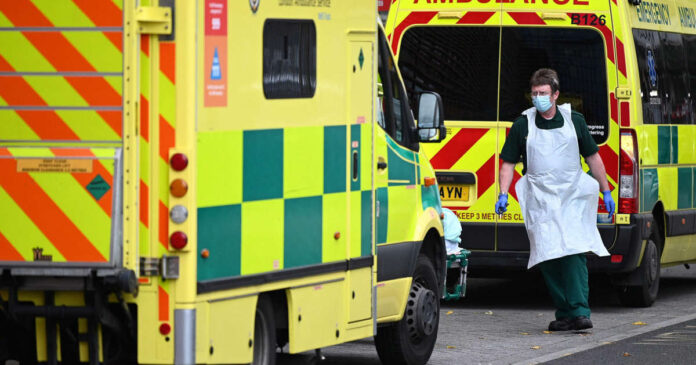 Vulnerable people are turning to A&E because they feel they have nowhere else to turn, according to new research from the British Red Cross – which reveals some people attend A&E over 300 times a year.

High intensity use of A&E is defined as five or more visits in a year. The report looks at the complex reasons behind repeat visits to A&E, and how interventions benefit both patients and the NHS.

The findings are a result of analysis of existing evidence, data from 376,000 people who frequently attended A&E in England across six years, plus interviews with GPs, A&E staff and patients.

Research undertaken by the charity found:
Less than one per cent [0.67 per cent] of the English population attend A&E frequently, but as a group they account for 16 per cent of all A&E attendances, 29 per cent of all ambulance journeys and 26 per cent of all hospital admissions in England

Reasons behind repeat A&E attendance vary. People in this group are more likely to live in the most deprived areas and have physical symptoms that require admission to hospital but are often dealing with sudden life changes such as job loss, relationship breakdown, or grief combined with social and economic challenges. Housing insecurity, loneliness, and mental health issues are other common factors.

People who frequently come to A&E move home 25 per cent more often than the general population.

The mortality rate among people aged between 30 and 49 who frequently attend A&E is 7.5 times higher than among this age group in the general population.

The charity estimates the issue costs the NHS at least £2.5bn a year.

The research points to the positive impact of High Intensity Use services which can reduce A&E attendance and non-elective admissions amongst people who frequently attend by up to 84 per cent. These services work with people to understand the reasons behind repeat visits to A&E and provide personalised support.

Currently there are around 100 High Intensity Use services in England run by the NHS and voluntary sector, covering different health settings, including mental health, A&Es, primary and secondary care. However, not all hospitals have access to a dedicated service.

“High intensity use of A&E is closely associated with deprivation and inequalities – if you overlay a map of frequent A&E use and a map of deprivation, they’re essentially the same. When multiple patients are making repeat visits to an A&E, that should flag the need to tackle other issues like barriers to accessing services, or societal inequalities that affect people’s health.

“For example housing insecurity is a common challenge – people who frequently come to A&E move home more often than the general population. This has a knock-on effect on people’s finances, mental health, social networks and access to services.”

“When someone is repeatedly coming to A&E, it often indicates they are facing wider problems. We work with people who face all kinds of challenges, from poor housing to grief to childhood trauma, or who are struggling to cope with ongoing health issues.

“Getting the right help for people reduces ambulance and A&E use and hospital bed days, but most importantly it brings positive change to people’s lives. We’d like this support to be available to everyone who needs it.

“One gentleman we worked with had an undiagnosed health issue, but he also had no heating or hot water, and was going without food due to confusion over his benefit support. By listening and building trust we were able to get his finances sorted, the boiler fixed, and connect him to a local community group for support. In the last six months of working with him, he only visited A&E once, and now has a diagnosis for a developmental disability which helps healthcare staff better understand his needs.”