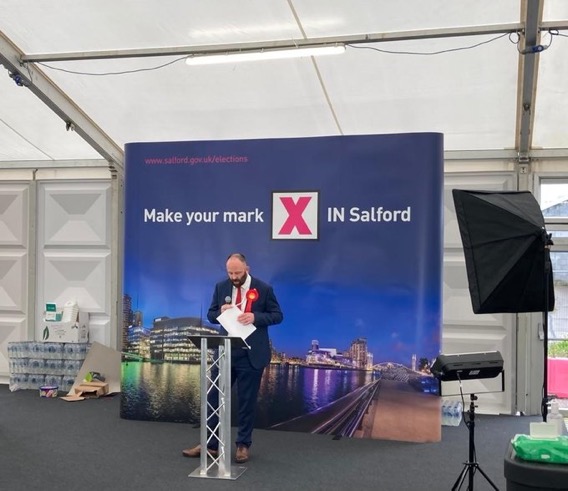 Dennett took 59 per cent of the vote in the first round easily surpassing his majority in the last contest.

In his acceptance speech The Labour Mayor took a swipe at the national leadership saying that the party had tarnished trust of Red Wall voters over Brexit.

He asked Keir Starmer to look to Salford and also to leadership of Andy Burnham in Greater Manchester to get inspiration and said that the centre ground in politics no longer exists as it once did.

“The public expect us to pick a side.”