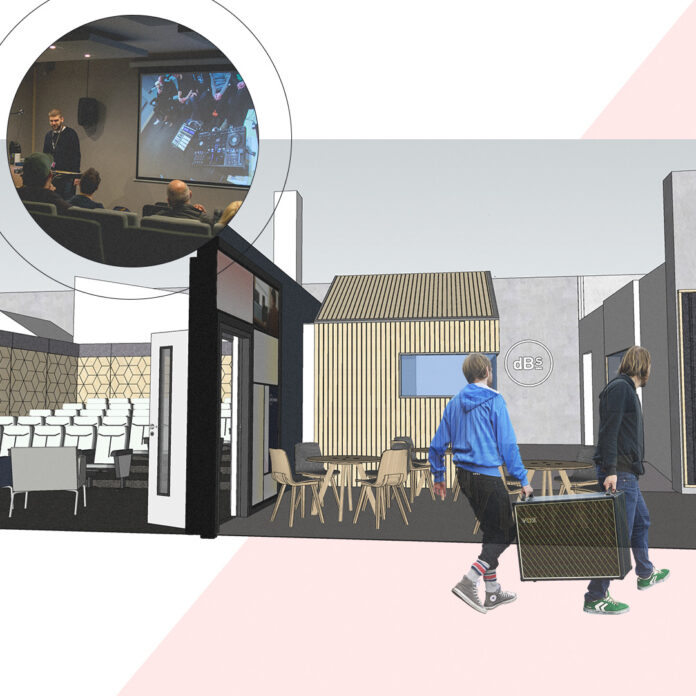 One of the UK’s renowned specialist providers of music technology and game development degrees, dBs Institute of Sound & Digital Technologies (dBs), has its sights set on Manchester for the launch of its new sound and gaming programme in Autumn 2022. The new dBs Manchester campus will be housed inside one of the city’s most iconic music venues – New Century Hall, which will operate solely as New Century once its doors reopen – where musical legends like Tina Turner, Jimi Hendrix and The Stones have performed.

The move to Manchester comes at a crucial time for the UK tech and gaming sectors. For the first time, the city has been named the second most attractive place for tech investment outside of London, with the digital tech sector employing more than 100,000 people in 2019. The institute will contribute to the city’s growing music and gaming sectors even further, by providing a robust stream of talented graduates ready to work across the region.

The arrival of dBs Manchester will also create 30 new jobs as it builds its new faculty of employees based at New Century Hall.

Since its founding in 1998 by Nige Burt, dBs has always considered itself as an outlier in the world of higher education and prioritised the student experience and their success over all else. While other specialist colleges may dangle fame as the ultimate outcome of an education at their institution, that isn’t the case for dBs. Rather, dBs puts its focus and resources into empowering sound and gaming students to do what they love, find fulfilment from it and create meaningful experiences through sound and gaming that change the world. It’s these experiences that enable dBs students to go on to find jobs within their specialist fields after graduation and, ultimately, build lasting careers in the industry.

dBs founder, Nige Burt, said: “For years, there has been a common misconception that audio and gaming careers are not to be taken seriously and are sometimes looked at as nothing more than an extracurricular, creative hobby, rather than a viable career path. But the truth is, while they are indeed creative, there is another extremely technical side to these types of courses, which is often overlooked. That’s why dBs Institute exists – to debunk the myths surrounding degrees in this field and to give students who are serious about audio and gaming the best start to their careers.

With all of that in mind, Manchester was the obvious choice to open a northern campus for our students. The city is renowned as a musical hotspot across the world and the game development scene is also flourishing, so a base here will open so many windows of opportunity for our students and hopefully set them up with some fantastic routes into employment following their studies, which is what we are all about as an institution.”

Ahead of its grand opening in September 2022, New Century is currently going through a complete refurbishment, expertly led by local independent design specialists, Sheila Bird Studio. The dBs campus will reside in the basement of the building, with a live music venue located on the first floor, with other exciting changes in store for the iconic city landmark that will make the student experience unlike any other in the city.