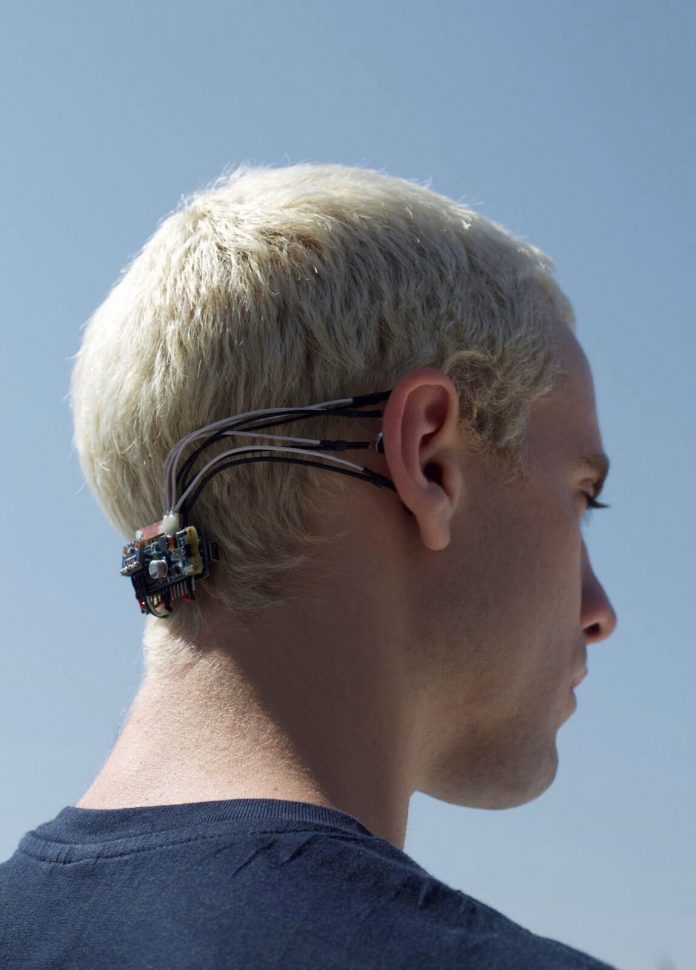 Real-life cyborgs will come to Manchester this October as part of Manchester Science Festival’s headline programme.

Unlimited Enhancement Technologies will welcome visitors to the world of tomorrow where they can upgrade their operating system and indulge their inner Iron Man at You Have Been Upgraded, a biohacking bash where science fiction and fact collide.

The event will feature Barcelona-based cyborg Manel Munoz, best known for developing and installing a cybernetic sensory organ to perceive changes in atmospheric pressure in his body. The barometric organ allows him to perceive the arrival of cyclones and anticyclones via beat frequencies transmitted through the skull.

Also appearing will be biohacker Jenova Rain, ‘Sex, Lies and Brain Scans’ author Julia Gottwald and other guests alongside high-tech prosthetics and demonstrations of how virtual reality is revolutionising medicine.

You Have Been Upgraded joins Marshmallow Laser Feast’s immersive black hole experience Distortions in Spacetime and Manchester’s most Instagrammable exhibition of 2018, Electricity: The spark of life, on the headline programme for this year’s festival.

Over 100 more events have also been announced today at venues across Greater Manchester as the full programme for this year’s festival is unveiled.

Scarabeus Aerial Theatre’s acrobatics uses neuroimaging to bring the teenage brain to life, Marcus du Sautoy and Emily Howard discuss The Music of the Primes and Jim Al Khalili teams up with world-leading artificial intelligence research lab Deep Mind to debate how far the boundaries of AI are being pushed.

Writer Keisha Thompson will bring Man on the Moon, a journey through space and time fuelled by love, fear and Afrofuturism, to Z Arts, while Clod Ensemble return to Manchester with Placebo, a beguiling dance show accompanied by a series of events exploring the power of placebos.

Designer Andrea Zapp will showcase her new collaboration with the British Antarctic Survey and deaf concept artist and choreographer Chisato Minamimura presents a mesmerising performance exploring the stories of the deaf ‘hibakusha’ survivors of the A-Bombs in 1945.

There are dozens of events for families, including Frankenstein’s Frogs at the Science and Industry Museum where children aged five an up can bring origami amphibians to life using the power of electricity, Science Spectacular at Whitworth Hall and Manchester Museum, The Flash Bang Show at The Met, in Bury, and Blue Peter’s “science guy” Greg Foot at The Lowry.

Festival lead educational partner the University of Salford will be presenting their GameLab, showcasing cutting-edge research across science, tech and media, plus a community science showcase and MICROBIhOME, exploring the eclectic microbial world inside you.

The ever-popular Platform for Investigation – Powered by Siemens will take up its home in the Science and Industry Museum’s Power Hall every day throughout the festival, with themes including diabetes, plastic and the Extremely Large Telescope, plus on one very special day youngsters from Abraham Moss Warriors will take over the platform to show off their science skills.

Manchester Science Festival director Antonio Benitez said: ‘I’m delighted to be able to unveil this year’s Manchester Science Festival programme which features an incredible range of events – I’m confident that there really is something for everyone from those looking to find out about the very latest science to families simply hoping for a great day out, and everyone in between.

‘At Manchester Science Festival we aim to be most bold, ambitious and creative science festival in the UK and this year’s programme really embodies that broad and exciting vision. I’m also proud that this is our most inclusive and accessible programme yet, putting science and innovation at the heart of culture in the UK.’

The festival is produced annually by the Science and Industry Museum, and is now in its 12th year. The full programme is released online today (September 3) at manchestersciencefestival.com.