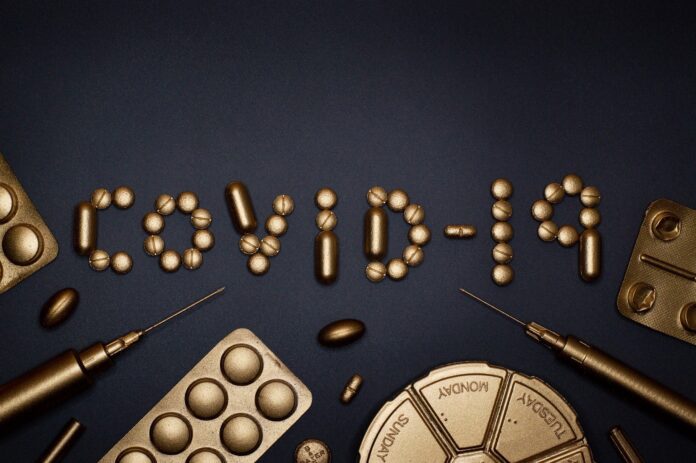 A new modelling study shows that the UK’s COVID-19 vaccination program is already reducing daily deaths. However, reductions of hospital and intensive care (ICU) admissions will likely take several weeks longer, with large reductions seen by the end of March and continuing into April.

The study, published in the journal Anaesthesia, is by Professor Tim Cook, Honorary Professor of Anaesthesia at the University of Bristol and Consultant in Anaesthesia and Intensive Care Medicine, at the Royal United Hospitals Bath NHS Foundation Trust and Mr John Roberts, of the COVID-19 Actuaries Response Group.

The UK’s vaccination program is being rolled out at pace, and aims to have vaccinated close to 15 million people in the first four priority groups by Monday, 15 February. The latest data suggests the government will meet and possibly exceed this target. The first four priority groups include residents and staff in care homes for the elderly (group 1), people aged 80 years and over and frontline health and social care workers (group 2), people aged 75-79 years (group 3) and people aged 70-74 years and clinically extremely vulnerable adults (group 4).

The authors explain that the reason why vaccination will affect deaths, hospital admissions and ICU admissions at different rates is due to the different age ranges for each: the average (median) age of patients dying with COVID-19 is 83 years, whereas the average age of those hospitalised is 73 years and those admitted to intensive care is 61 years. Furthermore, around three quarters of COVID-19 deaths recorded in the UK so far have been in people aged 75 years and over. Thus, since vaccination is initially targeting mostly people aged 70 years and over, the first phase of vaccination will have a proportionally greater effect on deaths.

The authors explain that the model includes certain assumptions. These include complete take-up of the vaccine and complete success of the vaccine at preventing hospital admission or death. Current evidence suggests vaccine uptake will be near to 100% in higher risk groups (with most of groups 1- 4 already vaccinated) and that the vaccines are particularly effective at preventing disease progression; the model therefore represents a best-case scenario.

The model predicts that with most of groups 1- 4 vaccinated, daily deaths will reduce by some 88 per cent by the second half of March. At the same time, hospital admissions will have fallen by around two thirds (66 per cent) and ICU admissions by only a little more than one third (36 per cent).

The authors also highlight the benefits that will be seen if high vaccination rates are continued into the next three priority groups: group 5 (all those aged 65 and over), group 6 (adults aged 16 to 65 years in an at-risk group) and group 7 (all those aged 60 years and over). The authors say: “Vaccinating through groups 5-7 in addition to groups 1-4 will have a substantial impact on all three factors: reducing deaths by 96 per cent, hospital admissions by more than 80 per cent and ICU admissions by almost two thirds.”

At the current rate of progress, most people in groups 1-7 will have received their first dose by the end of March, so these reductions will be seen in the second half of April.

The study provides some support for the UK government strategy of delaying the second dose of vaccine, as within approximately three months half of the adult population can be vaccinated with their first dose. The authors say that this strategy “will optimise the impact of vaccination on deaths and healthcare service pressures.”

They add that the data generally supports the government’s organisation of priority groups, and highlight that the decision to vaccinate health and social care workers early will support the hospitals and care services that are needed over a prolonged period as the pandemic is brought under control.

In addition, rapidly vaccinating groups 1-7 will reduce viral circulation in the community and this may reduce spread among the unvaccinated. The authors explain: “This in turn could reduce the evolutionary pressure on the virus, thereby reducing the risks of emergence of higher risk viral strains including those that may be able to evade the vaccines developed so far.”

What is unclear is how best to proceed after groups 1-7 to have been vaccinated. Currently, the government strategy is to then move onto the final two groups: group 8 (all those aged 55 years and over) and group 9 (all those aged 50 years and over). However, the modelling shows that vaccinating these last two groups has a less significant impact on deaths, hospital and ICU admissions than the earlier groups 1-7.  They say: “It may be that after the UK has vaccinated groups 1-7, vaccination priorities may reasonably be reconsidered. For example, to target high risk key workers, such as those involved in transport and education, to enable community control of transmission and accelerate return to normality in some areas of public life.”

Also, there has been extensive discussion in recent weeks about how countries can best share their vaccines to help shortfalls in other countries. The authors say: “Vaccination is a global imperative and once the UK has substantially reduced its COVID-19-related deaths, hospital and ICU admissions, it may also be rational and moral to consider whether UK stocks of vaccine might also be redistributed to support the global attempts at vaccination in countries with lower access to vaccines.”

They add: “The early prioritisation of healthcare staff and clinically vulnerable patients is likely to increase the impact of vaccination on hospital and ICU admissions and to also protect the healthcare service. An inflection point, when 50 per cent of the adult population has been vaccinated – and when deaths have been reduced by 95 per cent and hospital admissions by 80 per cent – may be a useful point for re-evaluating vaccine prioritisation.”

Dr Mike Nathanson, President of the Association of Anaesthetists, says: “This analysis allows us to predict the effect of the pandemic on anaesthetists and anaesthetic departments over the next few weeks and months. The huge pressure on all staff working in, and supporting, intensive care units will continue until at least the end of March. The severe toll on wellbeing, the stress and the fatigue have all been well documented. Further, with the acute care sector so busy, it is very likely that elective care cannot restart until after Easter at the earliest.

Blistering attack on Government’s handling of pandemic by Sage member

Human interactions with wild and farmed animals must change dramatically to reduce risk of...