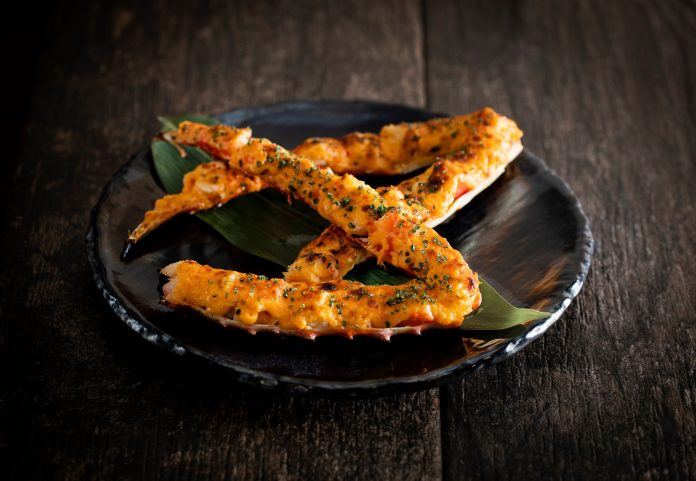 It’s already blazed a trail through the capital’s dining scene. Now as Edwardian Hotels London announces the 13th October opening of Peter Street Kitchen, Manchester is all set to get its first taste of a dynamic new concept that skilfully embraces the art of shared dining.

Part of a multi-million-pound investment, this vibrant new space will spearhead the F&B offering at the revitalised Radisson Blu Edwardian hotel, one of only two five- star hotels in central Manchester. Guests here will be able to choose from an array of small plates from two different cuisines, in this instance contemporary Japanese and Mexican, within a sophisticated yet unassuming setting.

Whether large groups or those wanting an intimate dinner for two, all will be seduced by an array of exquisitely prepared small plates. Showcasing flavours and ingredients from both nations, the venue will also cater for private dinners for which the staff will especially use the traditional hibachi, the iconic Japanese charcoal brazier.

Peter Street Kitchen will also offer the pinnacle of service, with staff having gone through an intensive seven-week training period, including an immersion into Japanese food and drink, culture and etiquette.

Peter Street Kitchen has been overseen by Edwardian Hotels London’s Service Excellence Director Amir Jati, who established global private dining during his ten- year tenure at the Robert De Niro co-owned Nobu before going on to mastermind the hugely successful openings of the May Fair, Leicester Square and Monmouth Kitchens. Said Amir, “This concept has proved enormously popular in London, with Leicester Square Kitchen in the top five of both Peruvian and Mexican restaurants. We know that Peter Street Kitchen will be a similar game-changer within Manchester’s booming restaurant scene.”

The opening of Peter Street Kitchen is being supported by a PR campaign that features an outstanding piece of filmmaking premiered across various digital platforms. Showcasing the journey of a Geisha from Japan to Manchester, with music performed by the city’s Hallé Orchestra, the film provides the cultural cues of Japan which are brought to life within Peter Street Kitchen’s offerings.

To make a reservation, please call 0161 835 8941 or email reservations@peterstreetkitchen.co.uk