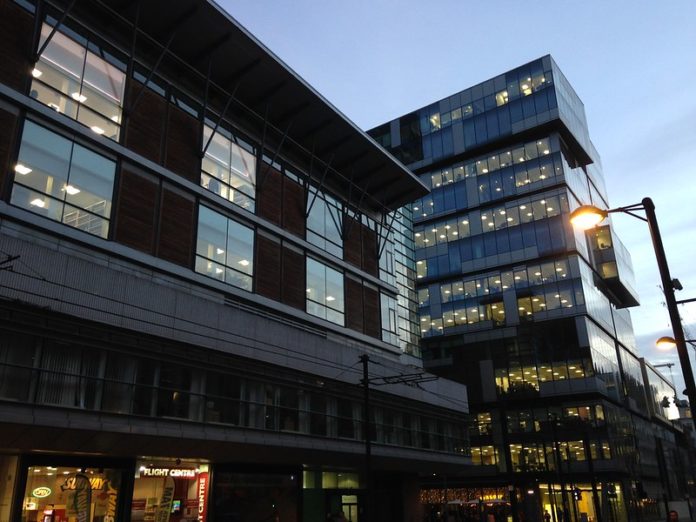 The annual report that provides an in-depth look at how the city is performing against its ambition to be in the top flight of world class-cities by 2025 is now available.

Manchester has seen unprecedented population growth over the past two decades, concentrated in the city centre and surrounding wards, which has the knock-on effect of increased demand on schools places at both primary and secondary levels.

The latest forecasts suggest that the population of Manchester will exceed c.635,000 by 2025 with over 100,000 of those living in the city centre area. More students are choosing to remain in the city following their studies at the city’s universities, including a large number of international students.

The city is enjoying a prolonged period of major investment. Job creation (forecast to grow by 63,000 by 2038) is feeding continued growth and attracting large-scale investment in the city’s growth industries. Manchester has the potential to be a world leader in technology and is recognised as having a thriving digital sector.

As such, the city’s economy continues to grow at a faster rate than the UK as a whole, acting as a catalyst for growth for the wider region. However, the gap between resident and work-place wages remains significant, which presents a real challenge to ensure inclusive growth that benefits everyone.

An increasing number of our residents are qualified to degree level or above, which can in part be linked to the level of graduate retention in the city. Upskilling our residents remains a key priority to support Manchester people into new jobs to share the city’s economic success, and reduce levels of dependency through welfare support.

Improved school performance means that a higher proportion of young people have the skills they need to sustain work. More Key Stage 2 pupils are achieving the expected standard in Reading, Writing and Maths and the progress made between Key Stages 1 and 2 is significantly above the national average, particularly in Maths. At Key Stage 4, more pupils are achieving grade 5 or above in both English and Maths and although our Attainment 8 scores are slightly lower than national average the gap has reduced since 2015.

Linking businesses to schools is a work and skills priority for the city, and ensuring that there is a meaningful work placement for every young person in the city is key to the Our Manchester strategy.

Manchester has made progress over the last decade towards reducing the disparities in different areas of the city. However, areas of deprivation continue and more must be done to tackle this. Supporting people to meet their potential through employment and training is the central route out of poverty, and meeting the objectives of a progressive and equitable city.

This year has seen good progress in a number of health outcomes, including increases in life-expectancy, a reduction in alcohol-related hospital admissions and fewer suicides.

However, the city still has some poor health outcomes that suggest inequalities in the city.
Manchester’s Population Health Plan is now in place as a long-term strategy to tackle the city’s health inequalities.

In 2009, the City Council committed to reduce its own CO2 emissions by  42% by 2020, a target exceeded in 2018/19 when we reached over 48%. However, we need the whole city to get to this level as Manchester has now committed to becoming a zero carbon city by 2038 – 12 years earlier than the national target of 2050. Work is underway to ensure our annual carbon budget and ensure we can meet this ambitious target.

The city has now committed to delivering 32,000 new homes between 2015 and 2025 with at least 20% affordable to Manchester people, and improving recycling rates across the city remains a key priority. Current figures on household recycling show rates are reaching 40% across the city.

A connected city
Good connectivity is fundamental to the success of the city and the Our Manchester strategy reflects the importance of connectivity in terms of transport, international connections and digital infrastructure.

Affordable, integrated transport that gets residents to their place of work and access education and services is vital. Manchester already benefits from strong connections but continued investment will need to be made – particularly around walking, cycling and mass transit routes – to help people re-mode towards sustainable transport methods to reduce greenhouse gas and other health threatening emissions.

Manchester has established itself as a leading city in the digital sector and continues to be a magnet for start-up businesses who are confident in the supportive environment Manchester fosters. Staying at the cutting edge of digital infrastructure will prove essential in sustaining the city’s ambition to be a leading international city.

Sir Richard Leese, Leader of Manchester City Council, said: “There are many things to celebrate in this year’s State of the City report, not least Manchester’s continued reputation both nationally and internationally as an attractive place to live, visit and do business. Our cultural offer, job creation, commitment to new housing, amongst others, mark a city that people want to be in – and our ongoing population growth is testament to this.

“However, Manchester remains a city with unacceptable levels of economic and health division and if we are going to reduce this margin and move to a position of inclusive growth, we need to work hard to raise the ambitions of our residents and support them with improved access to high quality training and education, which will enable them to take advantage of the opportunities on offer in the city.

“This year has been landmark as we work to become a zero carbon city by 2038 – 12 years earlier than the current national commitment. Our being able to meet this target is one of the challenges of our time, but doing so is of global importance and Manchester is determined to play its part.”

You can download a copy of the report HERE