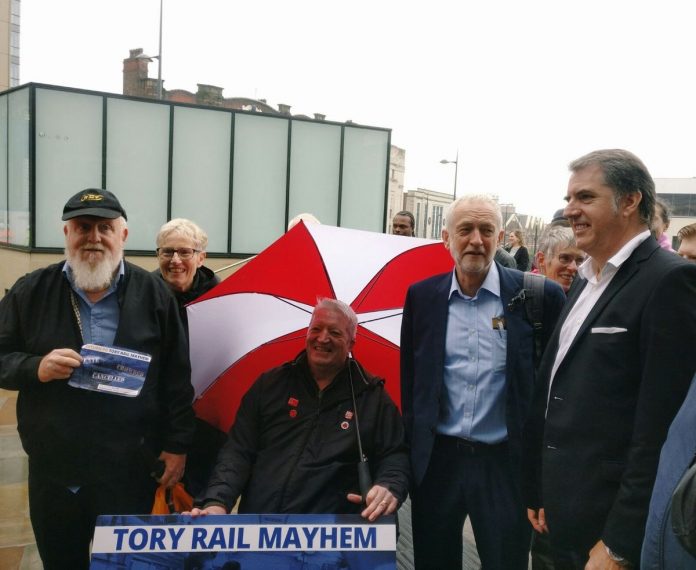 Labour leader Jeremy Corbyn is travelling the proposed route of Crossrail for the North, talking to passengers about their experiences on Britain’s creaking rail services and Labour’s plans for public ownership of rail and boosting infrastructure investment in the North.

Labour has committed at least £10 billion to Crossrail for the North if it gets elected as it holds its National Rail Campaign Day on Monday, with thousands of members from over 300 local parties talking to commuters at train stations across the country.

Under the Tories, overcrowding has increased by over 25% on the top 10 most overcrowded peak time routes, which are now on average 187% in excess of capacity while the proportion of passengers that felt the punctuality and reliability of their train services was satisfactory or good has fallen from 82% in 2010 to 72% in 2018.

“The rail chaos unleashed by the Tories on the North of England shows their utter disregard for people living in the towns and cities in the North.

“For decades northern communities have received only a fraction of the transport investment that is spent in London and the South East. Labour will put this right by building Crossrail for the North, connecting the great cities of the north of England to unlock huge untapped potential.

“People’s lives are being badly affected by this chaos and the government needs to recognise that rail privatisation has failed. Labour will end this rip-off and bring our railways into public ownership so they are run in the interests of passengers, not private profit.”