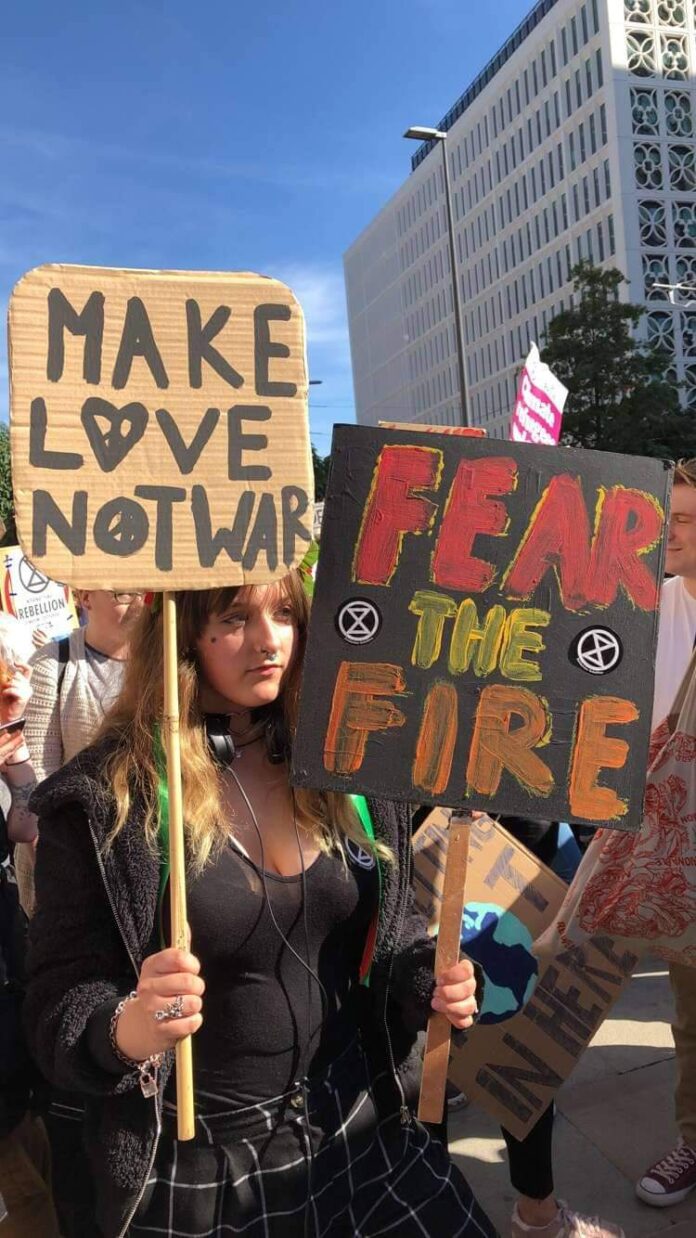 Contact Theatre (with Battersea Arts Centre and People’s Palace Projects) are thrilled to announce that The Agency, their joint pioneering project supporting young change-makers has been awarded £1.28m by The National Lottery Community Fund, the largest funder of community activity.

This joint creative entrepreneurship programme, now in its 9th year, enables 15-25 year olds from some of the most underrepresented areas in the UK to take the lead in creating creative social change projects based on the needs they identify in their own communities.

Over the next five years this grant will continue supporting socially-conscious entrepreneurs in London and Manchester and enable The Agency to develop and expand its reach. With this funding, an additional 580 new young people will be recruited from underrepresented areas across England, with funding for 87 youth-led social change projects in these communities.

Thanks to National lottery players, over the next five years, this phenomenal and life-changing grant will continue supporting socially-conscious entrepreneurs in London and Manchester, and enable The Agency to develop and expand its reach. With this funding, an additional 580 new young people will be recruited from marginalised areas across England, with funding for 87 youth-led social change projects in these communities.

The Agency was originally developed by the Brazilian theatre maker and journalist Marcus Faustini in the favelas of Rio de Janeiro – where the project has become a major force for change. It is a creative youth enterprise project that works with young people from marginalized areas to come forwards and pitch ideas to a panel of experts.

These ideas are specifically for developing and creating social enterprises, events, projects and businesses that will have a positive impact on their local communities. Successful applicants are provided with professional training, support and advice needed to develop their projects and a fund of £2000 is also awarded to help launch each project. Ideas can be anything that will benefit the young people’s local community – from boxing workshops to music festivals.

The Agency began in the UK in the Moston and Harpurhey areas of North Manchester, and the Clapham Junction and Battersea areas of London (in collaboration with Battersea Arts Centre. Contact Theatre and People’s Palace Projects) and since launching, 355 young people across the UK have gone through The Agency methodology to date, with 104 Agents going on to lead social change projects that have directly engaged over 19,000 people.

The Agents have additionally raised £131,547 to develop their projects, significantly more than the £90,000 initial seed funding offered in total by The Agency. 46 of these projects are still running today, with many Agents leading COVID-response activity in their communities over the past year.

Fiercely Northern but with an international outlook, Contact is where young people change their lives through the arts. Contact is a vibrant, professional, contemporary theatre and arts venue, with young people driving every aspect of its work and is recognized both nationally and internationally as a game-changer in the field of youth leadership and creativity. The Agency exemplifies the organisation’s commitment and mission to empower young people to create new models and opportunities for arts engagement and for social change through the arts. Contact is also dedicated to fostering new talent, building skills and ambition and creating important new theatre productions that tour nationally.

Today’s much needed investment from The National Lottery Community Fund underscores the phenomenal achievements of the Agents to date who have already been through the programme, especially their capacity for creativity, insight and innovation. In Manchester, successful Agents to date include:

Josh Wilkinson. Josh joined The Agency in 2015, developing a theatre and media project for young people in Moston. During the process Josh shared with staff why he decided to apply for the program; after realising that university was not the right path, he was looking for an alternative. Hoping to find interesting

opportunities in his local area. Twelve weeks into the programme Josh presented to the panel, despite working incredibly hard, his project was not awarded the funding of £2k. But Josh did not give up! He set about engaging the tools and skills he had leant through The Agency methodology and at nineteen years old developed a film production company. His company; Modify Productions has excelled itself. Modify now has three members of staff and is making work for Contact itself, as well as Manchester City Council, Manchester International Festival, British Council, Bolton Octagon and Manchester City of Literature. Josh didn’t stop there. A major outcome of The Agency for the Agents is an increased personal network. Josh cleverly tapped into this network to begin developing his skills and experience in the arts and now alongside running Modify he is also a freelance performer and arts facilitator. As if that is not enough Josh, alongside artist Chloe Malandra has since set up a second company, Maladra Jacks, producing community focused theatre and digital pieces.Josh’s journey through The Agency is the perfect example of the benefits of the programme beyond success at the panel stage. It is not all about getting that £2k, it is about the network and skills built by all of the Agents that take part, whether they are successful at panel stage or not. Josh has developed his relationship with Contact and is now a young board member and trustee. He is an inspirational artist and an asset to The Agency, the Contact board and the organisation.

17 year old Dasha. Despite the immense challenges that the pandemic has thrown up, Dasha has pushed through all of this with resilience and determination to create Embracing Me. Embracing Me is a response to Dasha’s own experiences of feeling different from her peers and her gradual acceptance that individuality is something to be celebrated. Originally the plan for the project was to deliver a series of body positivity workshops with year six pupils across Moston and Harpurhey. However, just two days before the launch, the first national lockdown was announced, leaving no choice but to cancel the project indefinitely. This was a devastating blow for Dasha. She had worked so hard to get to this point, initially she felt it had been a waste. It would have been easy for her to lose motivation and give up on her project. However, Dasha felt strongly that young people needed her project now more than ever, and made a commitment to make an impact in whatever way she could despite the restrictions. Dasha redeveloped idea into an online workshop package. Participants that sign up are posted out a very special personalised box which contains all the arts materials they need to take part and some bonus wellbeing gifts to boost mental health.

Embracing Me has proved so popular across Moston and Harpurhey that Dasha had to increase the production of boxes, so far she has reached 70 young people and is already planning her next digital workshop package based around increasing self esteem.

Ahtasham, Demereece and Aaliyah otherwise known as team Dawn to the Light. They started the Agency programme with individual ideas for projects they wanted to develop but quickly realised they had a shared desire for change; to improve the mental health of the community. The team combined this ambition with their universal enthusiasm for gaming and Dawn to the Light was born. Following a successful research and development phase which resulted in the production of an extremely impressive trailer for the game, Contact are continuing to support the Agents and their project in to the next stage. Contact are providing Dawn to the Light with mentoring and a dedicated producer who is working with them on the

development of the project. The team are working hard to develop their concept into a playable game which will offer young people access to in game coping mechanisms and mental health signposting in a fun and accessible way. The game is going to be set into an arcade type structure which will tour young peoples organisations and events across the Greater Manchester as well as being available to play via a mobile phone. Recently Dawn to the Light have been sharing their project with professionals in the gaming, health and education fields and the feedback has been incredible.

Suzie Henderson, Head of Creative Development at Contact, says:
“The Agency has always been a vital project but in the wake of a pandemic that has laid bare the inequalities within our society it has become more urgent that ever before. We are incredibly grateful to The National Lottery Community Fund for the funding that will continue to support the work of The Agency not only in Manchester and London but its continued growth in communities across the country.”