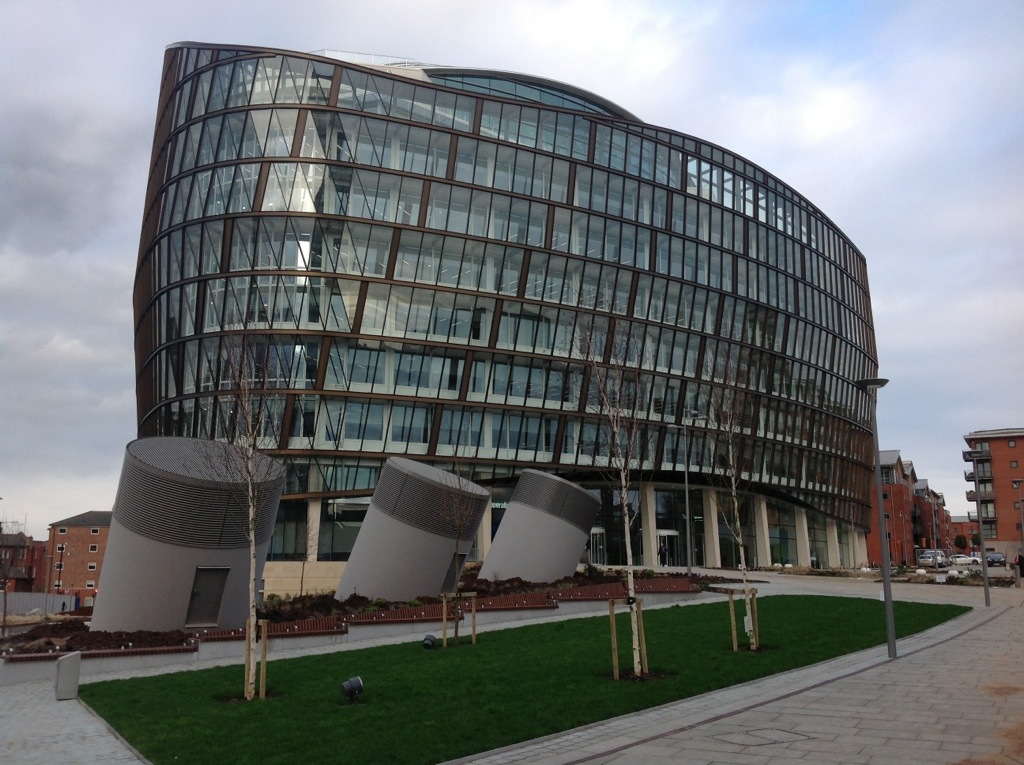 As the Queen and the Duke head to Angel Meadows today to officially open it, the new Co-op building has been named as the most environmentally friendly building in the world.

The award came courtesy of The Building Research Establishment Environmental Assessment Method (BREEAM), an internationally acclaimed system of assessing buildings, which awarded it a score of 95.16 per cent, the highest ever awarded.

Its environmentally friendly features include power generated from crops grown on the Group’s farms, heating and cooling the premises by drawing air below the basement and redistributing it at the earth’s core temperature, and a double skin façade that acts as a ‘duvet’ to insulate the offices in the winter and ventilate it in the summer.

Co-op Chief Executive Euan Sutherland was chuffed with the award saying in a press release that ““From the outset the Group set very high aspirations for the green credentials of the new building but for One Angel Square to be recognised as the most environmentally friendly building in the world is a truly remarkable achievement.”

The building is phase one of NOMA, a major scheme to redevelop 20 acres of the northern part of Manchester city centre in a ten year programme which intends to create a truly mixed use district, incorporating office space, residential, and leisure facilities.