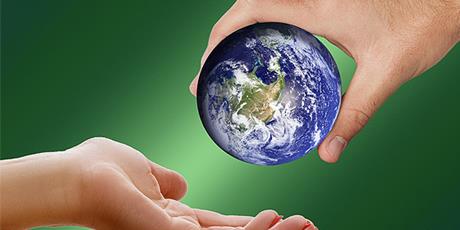 The Environmental Audit Committee report Our Planet, Our Health highlights the extent to which climate change could affect the health and well-being of the UK’s population.

The Planetary Health inquiry considered the effect of environmental damage and climate change on health, food security, life in cities and air quality.

The Report accuses the Government of complacency over the risk to food security posed by climate breakdown, particularly in the context of Brexit. It calls on Ministers to publish immediately all information relating to food security and cost risks associated with a no-deal Brexit, in advance of the food security assessment due by the end of 2019.

It should also accept advice from the Committee on Climate Change about food security risks and set out a plan for maintaining UK food security in a changing climate. Producing more food in the UK would reduce the current dependency on a handful of countries, a situation described as “risky”.

In the UK, food contributes up to 30 per cent of total greenhouse gas emissions, with food waste totalling 10 million tonnes every year. In future, extreme temperatures and rising rainfall could increase disease among the UK’s livestock, with crops likely to be hit by more frequent water shortages.

Climate change and other stressors have led to a significant reduction in pollinating insects which help pollinate a wide range of crops, including many fruits and vegetables that are vital for a healthy human diet.

Insect pollination is counted as an important form of reproduction for at least 87 types of common global food crops, accounting for more than a third of annual global food production by volume.

MPs note reports of a dramatic decrease in insect populations, with one witness describing insects as the “canaries in the coalmine…on the frontline of the extinction crisis.”

The Report calls for Public Health England to broaden its key performance indicators to include climate resilience and adaptation measures to tackle emerging diseases with guidance to general practitioners and the pharmaceutical industry on Lyme disease, malaria, the zika virus and other tropical diseases which are novel in the UK.

The MP’s call for city dwellers to be given access to healthy, sustainable food and found a proliferation of fast food outlets has encouraged a culture of unhealthy eating habits.

The committee repeats its call for the introduction of a new Clean Air Act, first made in a joint report in 2018, to mitigate against the impact of poor air quality on human health with new legislation introduced as soon as possible.

The threat from indoor air pollution was found to be a major area of concern. The Government’s review of building regulations should include changes to mitigate the negative impacts of indoor air pollution, in line with advice from the Committee on Climate Change.

Chair Mary Creagh MP said:
“Everything we do to the planet, we do to ourselves. The health of the planet matters because it affects what we eat and whether we can eat in future. We import nearly half of our fresh fruit and vegetables from countries at risk from climate breakdown.

“We are facing a food security crisis, exacerbated by uncertainty over the UK’s future trading position with the EU and the rest of the world. Ministers must now publish all the information they hold from Operation Yellowhammer on food security and likely costs in the event of a no-deal Brexit.

“More people are living in cities at risk from over-heating and water shortages, they’re breathing polluted air, eating more fast food and getting less exercise. What’s needed is a planetary health champion to put this agenda at the heart of government.”