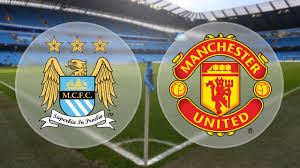 Revenues at the two Manchester clubs’ revenues increased by a total of £160m – roughly half of the total revenue growth recorded by the Premier League clubs in 2016, according to a report out today.

Deloitte’s annual study of football finances showed that the 20 top-flight English teams made a pre-tax loss of £110m, despite teams posting total revenues of £3.6bn. The losses followed two consecutive seasons in the black for the clubs.

Deloitte noted a 12 per cent climb in Premier League wage costs – to £2.3bn – and revenue growth of ten per cent.

“The 2015-16 season saw Premier League clubs grow revenues by almost 10% … with the two Manchester clubs alone responsible for more than 50% of the increase,” said Dan Jones, head of the Sports Business Group at Deloitte.

The first Urban Splash Town Houses have been delivered to Irwell Riverside!

Christmas pain for House of Fraser