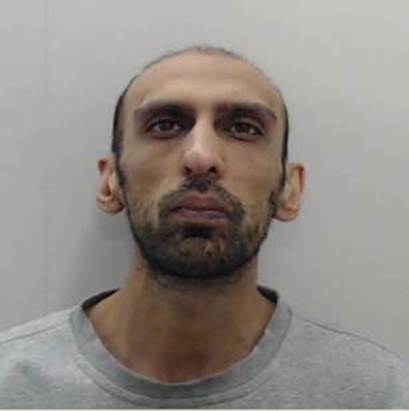 A 32-year-old man has been jailed for four and a half years after defrauding 31 customer accounts at a bank he worked at for a total of over £200,000.

The court heard how Sheraz Khan aged 32  of Woodlands Road, Cheetham Hill in the eight weeks he worked as a customer service advisor, – between Sunday 25 September 2016 and Wednesday 16 November 2016,obtained customers’ security details to fraudulently extract money from their accounts.

He would often speak to elderly and vulnerable customers who wanted assistance transferring money from their account.

Khan would then pass on their security details to other fraudsters who would call into the same bank pretending to be genuine customers.

Between the 31 current accounts that Khan accessed, £204,000 were transferred out of the accounts and another £285,000 were attempted to be transferred but were prevented by the bank.

Police were made aware after being contacted by the bank’s fraud investigators and arrested Khan in January 2017 on suspicion of fraud by abuse of position.

All customer losses were fully refunded by the bank.

Sergeant Andy Devonshire, from GMP’s Bolton division, said: “This was a meticulous and fraudulent offence from a man who abused his job role and the trust and responsibility that came with it.

“We are satisfied that full justice has been served and in light of this incident we would like to warn members of the public not to give out their four digit PIN in any circumstance.

“We would like to thank the co-operation shown by the bank and we hope the victims of this scam can be relieved by today’s outcome.”