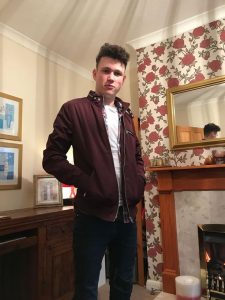 The family of Charlie Pope, who died in a Manchester city centre canal in March 2018, has asked people to honour him by doing a good deed in his memory.

The death of the 19-year-old University of Manchester student prompted a campaign calling for a review into Manchester’s waterways and his family are calling on people to ‘turn a negative into a positive’ by doing something nice on the anniversary of the tragic event.

The heartbroken family have named March 1 ‘Charlie’s Good Deed Day’ and hope Charlie will be remembered through acts of random kindness.

The family said: “We are approaching the hardest day of our year. There is such a huge hole in our family. Time doesn’t make it any easier – it just makes you realise how long it’s been since we saw his face, his smile, since we heard his voice and his laughter. The thought that people are being kind and creating smiles in his name will undoubtedly help us bare the pain at this time of year.

“A simple gesture that will make someone smile is all that’s required, be it a bunch of flowers, holding a door open for someone, carrying their shopping to the car. Just tell them why you are doing it by mentioning Charlie’s Good Deed Day. Charlie was a very generous and giving young man and always a joker so for people to smile in his memory would make him so proud.”