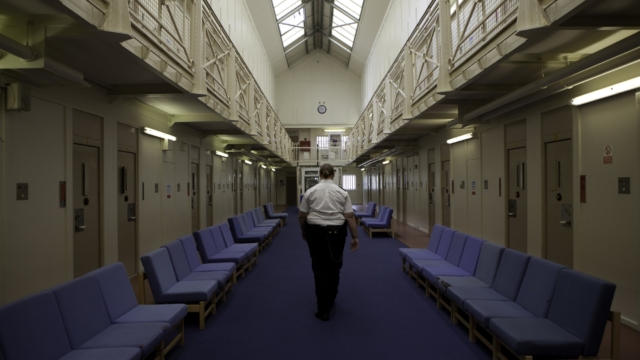 An innovative cervical screening system, supporting women with a history of trauma and abuse, has resulted in more than 90% of HMP Styal’s prisoners opting to have a smear test at the North West prison.

The targeted approach developed by the prison’s specialist nurse and health lead, both from Spectrum Community Health CIC, reviews prisoners’ history and offers dedicated support and advice to encourage uptake. Women reluctant to be tested can share their concerns in one-to-one sessions and be shown the equipment used to further reassure them.

A weekly induction programme that informs inmates what access they have to health care also provides an opportunity to debunk any myths about smear tests the women have heard.

Prisoners also help each other, writing about the experience on a butterfly for others to read and gain encouragement from, leading to the initiative being coined “The Butterfly Model”.

“It really has been wonderful seeing patients grow in confidence to attend their smear test appointments.

“Our clinics are a huge success and patients actually come forward and ask for a test now.”

Many of the prisoners at HMP Styal had never attended a smear test before or were overdue one by up to 20 years due to many factors, including a history of trauma and abuse.

Since the new cervical screening system was introduced, 19 prisoners have been referred directly to colposcopy following an abnormal smear result and have received treatment. A further 29 have tested HPV positive, needing an annual follow-up smear test.

“This initiative is so important and is already making a huge difference.

“The screening could save lives so I’m proud we’ve found a way to encourage more women to come forward to be tested.”

A prisoner from HMP Styal, said:

“I felt frightened and apprehensive when I received a letter inviting me for a smear test at Styal.

“I ignored it and the letters that followed but after the nurse came to see me for a chat and showed me all the equipment, I felt more in control of the situation.

“I am very proud to say I had it done and now I even encourage other women to attend when they say they are scared.”

Healthcare teams in all female prisons work to ensure individuals who are eligible are identified and invited for screening.

Mayor of Greater Manchester and hotel and restaurants bosses unite to encourage jobseekers to...