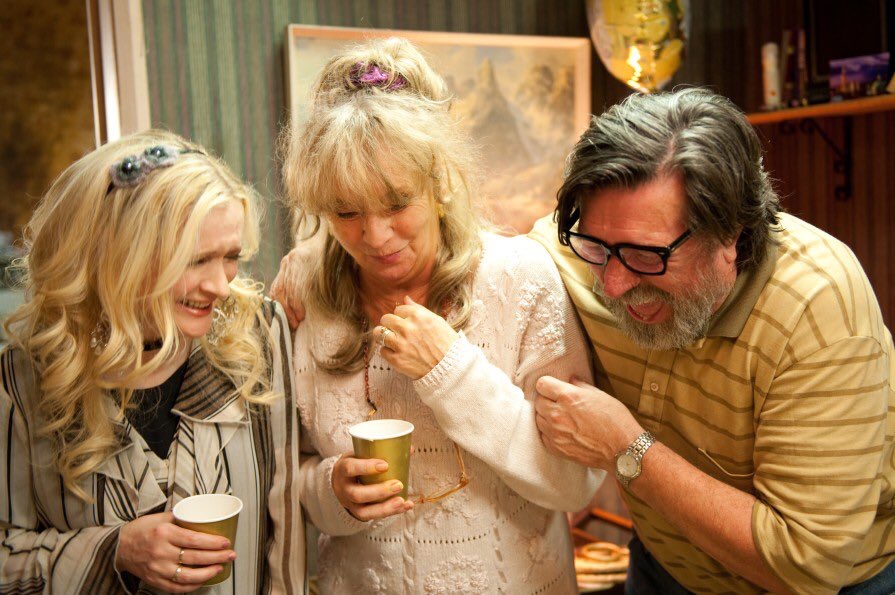 The Actress and write Caroline Aherne has died at her home in Timperly at the age of 52 it has been announced.

Caroline, star of Mrs Merton and the Royle Family which he co wrote, has battled with cancer through her life, first diagnosed with Retina cancer at the age of four, she spent the rest of her life with partial sight in one eye.

She had also fought bladder and eye cancer, and had recently developed lung cancer.

Neil Reading, her publicist, said: “Caroline Aherne has sadly passed away, after a brave battle with cancer. The family ask for privacy at this very sad time.”

She rose to fame in 1995 In The Mrs Merton Show, aired on BBC Two in 1995, where the blue-rinse host of a mock chat show, she famously asked Debbie McGee: “What was it that first attracted you to the millionaire Paul Daniels?” and asking George Best, “was it playing all that football that made you so thirsty?”

She would later say that by playing Mrs Merton, you can ask people questions and say things to them that you couldn’t as yourself

Her husband at the time, New Order bassist Peter Hook, and who she had met at the Hacienda, and whom she would later divorce, was a house musican on the show.

She will probably though be best remembered as the co writer and charactor in the Sitcom The Royal Family.Co written with her friend Craig Cash, who also stared in the programme, it tragically followed her suicide attempt following the death of her partner and TV colleague Matt Bower which saw her spend some time in the Priory Clinic.

Aherne was born in Ealing, west London, on the 24 December 1963, the daughter of Irish immigrants, her father Bert, a railway labourer, moved the family to live in the Wythenshawe district of Manchester when Caroline was three.

Her father was an alcoholic and her family struggled to make ends meet but Caroline was a bright girl, gaining nine O levels with a Grade A and studying drama at Liverpool Polytechnic. It is said that at the age of fiveteen she decided to become a writer after seeing Mike Leigh’s Abigail’s Party on BBC Television.

Her first job was at the BBC in Manchester, working as a secretary, first on a Question of Sport and then to Janet Street Porter, while becoming regular on the Manchester comedy circuit in the character of Mitzi Goldberg, a spoof country and western singer.

The Royle Famiky first aired in 1998 on the BBC but it success would lead to more problems with alcohol and depression and at the start of the 2000’s she was retreat from the spotlight moving to Australia.

She returned to Britain in 2006, selling her London home and moving to Timperly, living around the corner from her mother and brother.

More recently she had been the voice of the Channel Four series Gogglebox.

Lord Hall, the BBC’s director general, said: “She was a brilliant, award winning comedy writer and performer, much loved by audiences – especially for The Royle Family and Mrs Merton and for her wonderful voicing of many shows. Our thoughts are with her family and friends.”

Manchester deserves a Manchester bus solution, not the financial burden of a ‘London-style’ system...