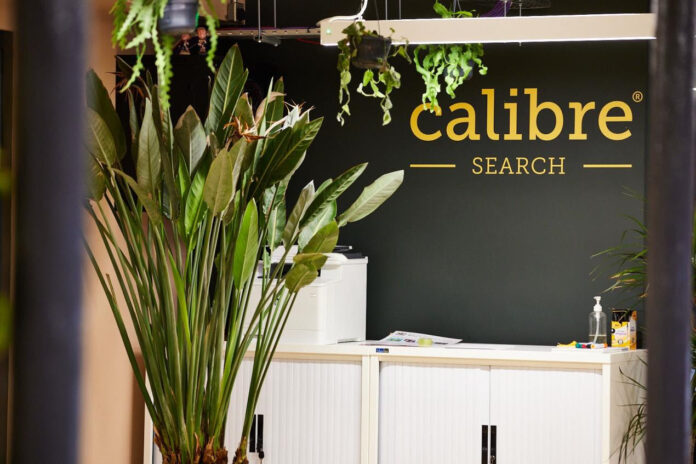 Recruitment company Calibre Search has moved across the Northern Quarter and into the newly refurbished Nine Stephenson Square after revenues reached £5.5 million.

The investment in a ‘first class’ working environment is the result of Calibre’s confidence in the marketplace – particularly the recent boom in early stage construction projects.

Calibre Search, advocates of flexible working and striking a smooth work life balance, will introduce 10 further specialist recruiters by the end of the year to its 1,461 sq ft base.

The company – specialists in the built environment, HVAC, IT and marketing – is on course to register revenues of £6.6m in 2022, a £2m increase on its 2020 turnover figure.

Pete Gillick, Director, Calibre Search, described the past several months as ‘the busiest period in the company’s history’, and predicted further growth in activity well into 2022 and beyond.

“Part of our vision is to be the ‘go-to partner’ in the industries we service and I think we are achieving that,” said Pete.

“The demand for talent that we are seeing from our large corporation and SME clients is similar to the economic boom of 2005 / 06,” said Pete.

“While 2020 was tough, we bounced back very quickly. Many of our clients are at the earlier stages of construction and can’t find the right people themselves which continues to drive opportunities.”

Calibre Search’s clients include the biggest names in the built environment space; with many saying they can’t respond quickly enough to big jobs, according to Pete.

“It’s across the board,” he said. “We recruit for roles including engineering consultants, construction professionals, environmental scientists, architects, planners and hydrologists and are seeing more corporate activity than we’ve ever seen before. And it’s not just the private sector.

“You can’t drive anywhere without seeing roadworks at the moment, housing is taking off and there’s a lot of work in flood defence. The challenge is finding the talent to fill the gaps. But we’ve never been this busy and we have a superb team and hope to recruit more of the same quality.”

Calibre Search, which also has an office in Leeds, used to be based at The Landmark building on back Turner Street in the Northern Quarter.

Nine Stephenson Square base was a building originally constructed in the second quarter of the 19th century and one that has housed numerous companies from the music, banking and fashion industries.

Pete added: “We are finding that after an initial drive of people wanting to work from home that some now want to leave the house more often. That has led us to investing in a much improved and newly refurbished office space which offers the highest quality environment when it comes to the experience of coming to work.

“We will be doubling headcount from seven to at least 14 in the next 12 months and have the capacity to grow to over 20 staff in Manchester.” 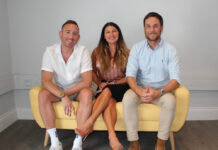 Primark hit by the pingdemic