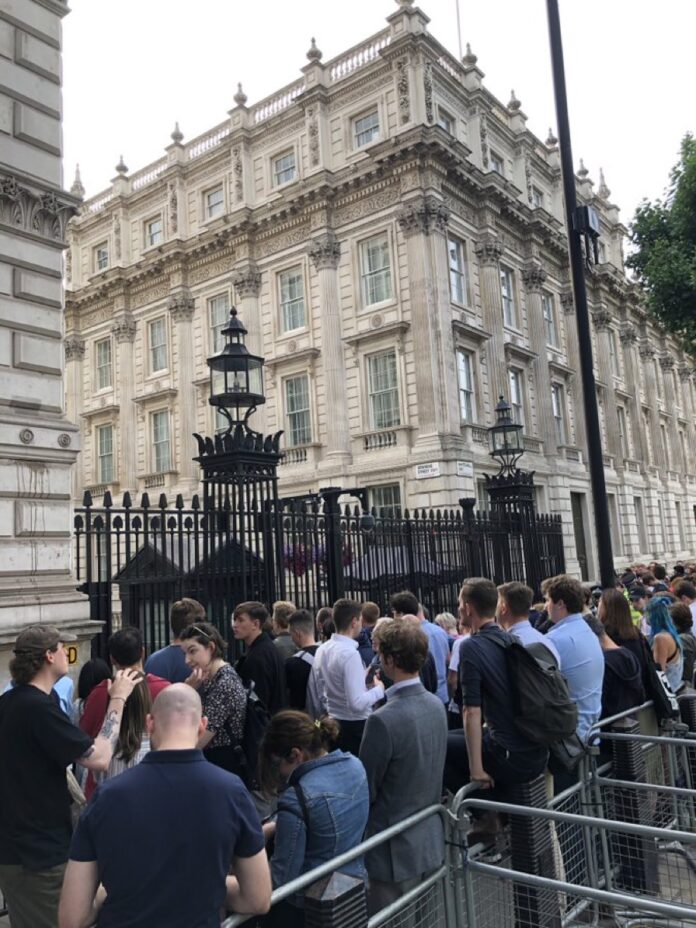 Johnson has refused to quit despite calls from Cabinet colleagues, insisting that he would continue to focus on the “hugely important issues facing the country”

Meanwhile Simon Hart the Welsh Secretary has resigned saying that he wanted to help Boris Johnson “turn the ship around” but “we have passed the point where this is possible”.

Earlier a group of cabinet ministers including the newly appointed Chancellor Nadhim Zahawi, Grant Shapps, Brandon Lewis and Simon Hart were waiting for PM in Downing Street to tell him to go

Priti Patel,it has been said,has sided with the group of Cabinet ministers calling for PM to go

During that meeting Conservative MP for Hazel Grove William Wragg asks Johnson “At which point does it become impossible for the Queen’s government to be continued?”

Johnson replied : “I really think you are underestimating the talent, energy and sheer ambition of Members of Parliament, and they want to get things done. The Government of this country is continuing with ever-increasing energy.”

Wragg then said even more Tories had resigned in the time Mr Johnson had faced the committee, and asked whether the PM thought there was sufficient supply “of those young thrusters on the back benches” to replace them. Mr Johnson said: “I think it highly likely, yes.”

The Tory MP said in his resignation letter: “It is with deep regret that I must write to resign as both Minister for Exports and Minister for Equalities while Huw Merriman, the Conservative chairman of the Transport Select Committee, has issued a statement calling for Boris Johnson to quit.

Craig Williams, the Conservative MP for Montgomeryshire, has also announced he is resigning as parliamentary private secretary to the Chancellor.

Firefighters still at the scene of Stalybridge Mill blaze