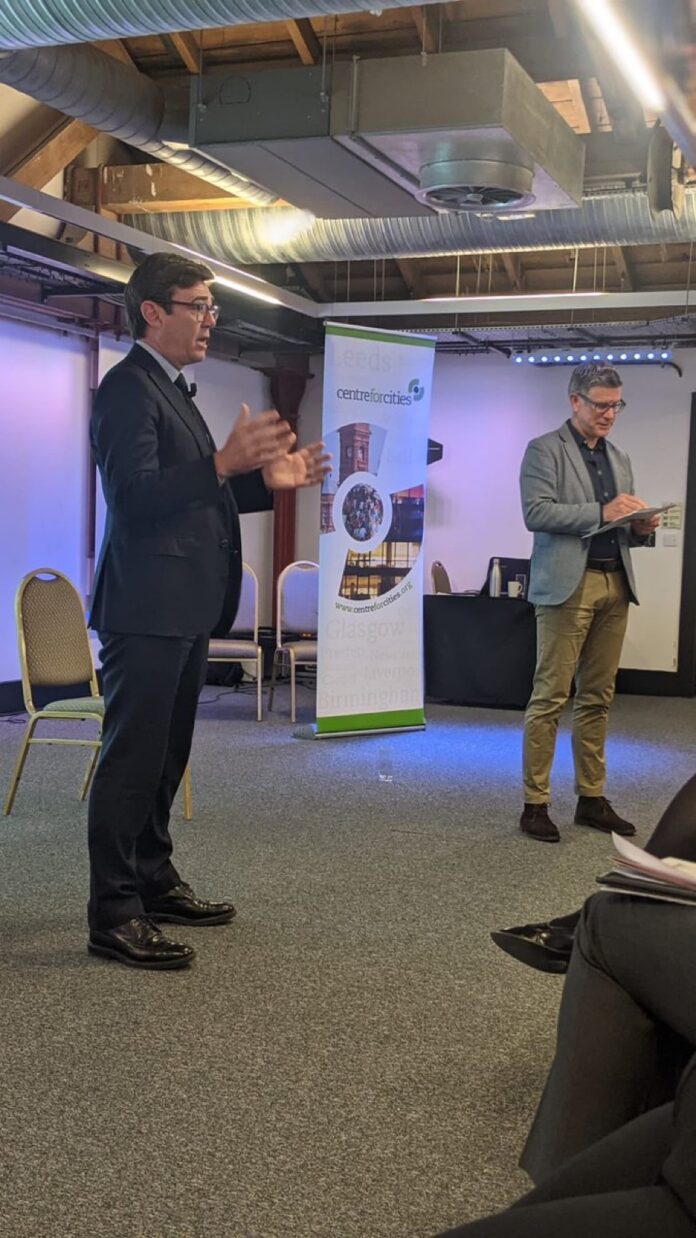 Greater Manchester’s Mayor Andy Burnham has revealed his wish list for Michael Gove, the Levelling up Secretary as he vowed that the region will have a major reset over the next ten years

Control over sixteen plus technical education, taking over the running of the region’s railway stations and control over rented housing policy will be high on the wish list, the Mayor told an audience at the Centre for Cities Event,Realising Regional Growth-What next for Manchester?

Andy Burnham, in the job five years next month,said that his assessment is so far so good but there are bits of the jigsaw still to be fitted together

Asked whether he thought the current Government was behind the levelling up agenda,he answered that while he felt Michael Gove was firmly behind it,he doubted those in the Treasury were,adding that financial policy still relied heavily on the Green book method of assessing the return on projects

Of course,bringing in the control of train stations is only part of the problem and whilst Andy Burnham has control over trams and buses the missing link is trains

“Yes” the Mayor agreed as we talked later,it will be on the agenda but he sees it as a phased approach

“The period we are in now until 2025 will be one of integrating tram,bus and bike,“ something he says that people can hold him to account to.

”The second half of the decade will bring rail into the picture,”reminding us that in London it was a two stage affair, “ and he will having conversations with Government about firstly the control of stations which he again described to us as an embarrassment,“ but more than that we want control of commuter rail services which we can integrate into the Bee network.”

This,he said was a real risk to the region because he would not be able to guarantee to business coming to the region that employees would have the necessary skills that they would need

As for housing,The Mayor cited the statistic that forty per cent of rental accommodation is substandard

“Is it,he asked,”acceptable that landlords should continue to be getting public funds to maintain the status quo”

Speaking to the Mayor after the event ,he told us that he grew up in the late 1980’s early 1990’s generation when people, him included were forced to head south for jobs and while for the mid 1990’s up to the start of the pandemic,there was an influx of people coming into the City,the realities for youngsters brought up in the region hadn’t really changed

Now said the Mayor,”we need to unlock the talent in our young people and bring to meet all the amazing things that are happening in Greater Manchester”