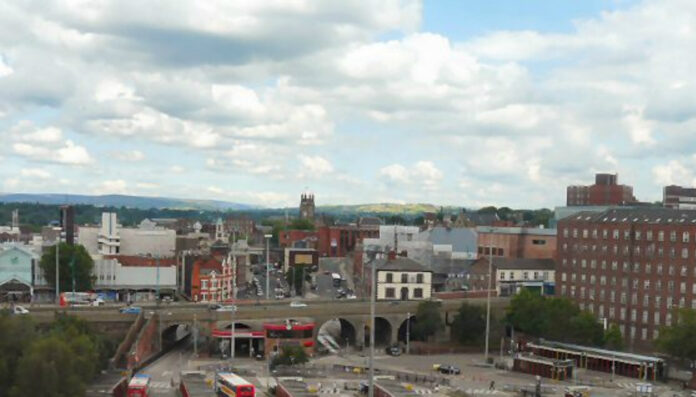 GREATER Manchester will set a goal of becoming the first city-region to pay all employees a real living wage, under ambitious plans announced yesterday

The real living wage, calculated by the Living Wage Foundation, currently stands at £9.50 and is the only UK wage rate based on the cost of living.

A new Living Wage City-Region action group has been established in the first week of the new Mayoral term, with the Mayor working in collaboration with businesses, unions, local authorities, faith groups and voluntary and charitable organisations to drive forward plans for the city-region.

The group held its first meeting on Wednesday 12 May, and will now work to outline a clear path towards the goal of all employers in the city-region paying the living wage and offering living hours by the end of the decade, as recommended by the Independent Inequalities Commission in its report published earlier this year.

It will be chaired by Lou Cordwell, Chair of the Greater Manchester Local Enterprise Partnership (GM LEP).

Mayor of Greater Manchester, Andy Burnham, said: “I made a commitment last year to make Greater Manchester the UK’s first Living Wage City-Region, and this week marks the start of a clear path to achieving that goal.

“The proposals we will be bringing forward will be about creating better jobs for our residents, but also about supporting our businesses to invest in people and grow in a positive and sustainable way. Paying a real living wage isn’t just the right thing to do for workers – it’s the right thing for businesses too.

“People already in low-paying jobs with unpredictable hours were left exposed to the worst effects of the pandemic, on their health and on their livelihoods. Now, Greater Manchester is calling time on insecure and low-paid jobs. Working together with representatives from some of the hardest hit sectors of our economy, like our hospitality businesses and our health and social care sector, we are united by a common belief that no worker in Greater Manchester should be paid less than they need to live on.

“This is the first step towards a making sure everyone working in Greater Manchester has the dignity of decent work, paid a real living wage for real living hours. This is what levelling-up looks like.”

The action group will work towards creating better jobs using Greater Manchester’s Good Employment Charter, a voluntary scheme which raises employment standards across the city-region through a set of criteria including payment of the real living wage.
It will focus on seven key sectors of the Greater Manchester economy: ‘anchor institutions’, including large public sector organisations like councils tied to a particular place; health and social care; civil society; hospitality and leisure; large employers; small and medium enterprises (SMEs); and the voluntary, community and social enterprise (VCSE) sector.

Evidence suggests that paying employees a living wage is not only good for workers but good for businesses, with a study undertaken by the Living Wage Foundation and Cardiff Business School finding that 93% of accredited Living Wage businesses reported they had benefited from becoming Living Wage employers. (i)

GM LEP Chair Lou Cordwell said: “Businesses in Greater Manchester increasingly recognise that they have a social responsibility, beyond simply making a profit. By paying a real living wage they can make a genuine and positive impact on their community.

“There is a strong business case for paying employees the real living wage. Organisations that have made the commitment benefit from more motivated employees, enjoy a reputational boost, and find it easier to attract and retain staff.

“Creating a Living Wage City-Region is one of the key pillars of our Economic Vision for Greater Manchester. These proposals are a significant step towards realising that ambition, and I look forward to working with the action group to take them forward.”

Currently, around 1 in 5 jobs in Greater Manchester – roughly 200,000 – pay less than the real living wage. While the rate in some boroughs is better, Bolton, Bury, Oldham, Rochdale, Trafford and Wigan are all below the UK average for jobs that pay the real living wage.

It’s also a problem that disproportionately affects women, with 59.5% of workers earning less that the living wage being women, while in Greater Manchester 38.2% of Black/Black British workers and 34.8% of Asian/Asian British workers are in low pay, compared with 23.8% of White workers.

Permanent Memorial for the victims of Arena attack is planned