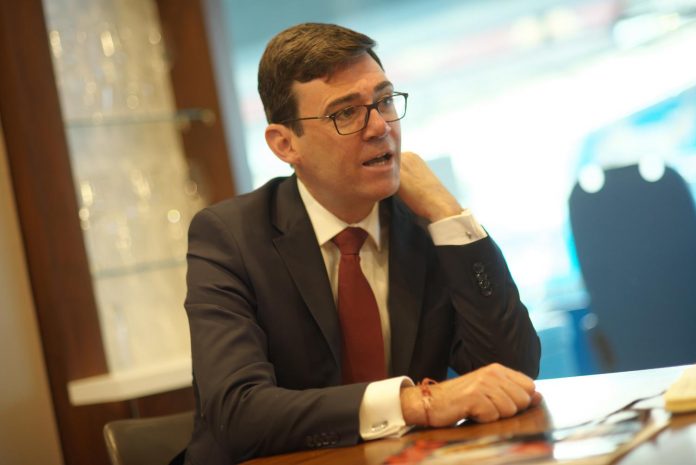 Greater Manchester’s Mayor made the call for greater local control, particularly around the areas of post-16 skills including apprenticeships and the apprenticeship levy, before the Housing, Communities and Local Government select committee.

Andy said: “Brexit is going to have a huge impact on so many different parts of everyone’s lives. We can already see the effect it is having on our Government. Whitehall is creaking under the pressure of having to negotiate an exit from the European Union. Domestic issues are being neglected while the Government’s bandwidth is completely taken up by Brexit. This is all to the detriment of the public they serve.

“They do, however, have the ability to fix this. There are devolved administrations across our country which are primed and ready to make decisions on domestic issues to truly make the difference people need. But we cannot do this while we have one hand tied behind our backs.

“Devolving more power to English regions to let them get on with looking after their people will not only help residents, but also help to ensure a smoother Brexit process. A key part of this is to make sure we have people with the right skills to get jobs once we have left the EU. Further devolution to allow a less fragmented post-16 skills system with clear and attractive choices for young people, including apprenticeships and T-Levels, would go a long way to connecting residents and businesses with the growth of Greater Manchester.

“Further devolution is the key to making a post-Brexit future a success.”

The NHS in Greater Manchester is expected to raise around £11.5m from the apprenticeship levy this year.

He continued: “Any levy paid has to be spent within two years, but it is estimated that due to the challenges of the apprenticeship reforms it is likely that around £2.5m will be spent in the first year on approximately 1,300 new apprenticeships.

“This leaves an incredible amount of potentially unspent money being lost to Greater Manchester. We are already showing how we are moving faster and further than anyone else as we look to make our city-region the best place to grow up, get on and grow old. This money, as part of a wider devolution package, could prove vital in helping both our young people and us to achieve our aims.”

CBI urges government to back HS2