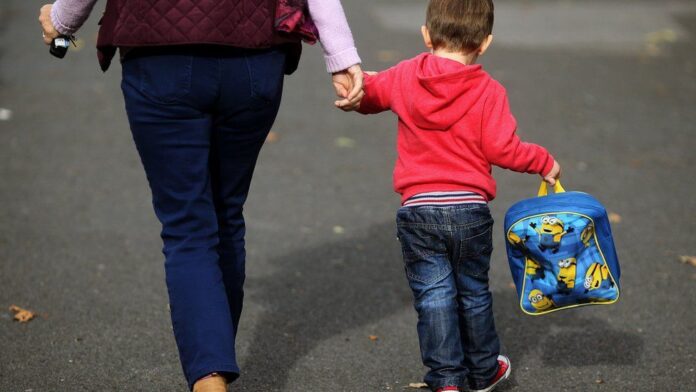 The impact of welcome changes to Universal Credit (UC) announced in the Budget last week will leave 1.3 million families better off than before the withdrawal of the £20 a week boost to UC last month and make 330,000 more families eligible for support, but 3.6 million families will remain worse off, according to new research published today (Saturday) by the Resolution Foundation.

Taper cut examines how the £500 per year increase in work allowances and taper rate reduction from 63 to 55 per cent will affect nearly five million families forecast to be claiming UC next year. These changes come after the £20 per week boost to UC, brought in to protect low-income families from the negative financial impacts of the pandemic, expired at the beginning of October.

The report finds that the changes will benefit 1.3 million higher-earning families in receipt of UC. For example, a single-earner couple with two children earning £30,000 will receive £2,800 in UC under these new rules, compared to £2,200 before the removal of the £20 uplift.

But for 3.6 million families (composed of all those in non-working UC families, and those in work but on lower incomes) these changes will not compensate for the removal of the UC boost. More than half of families on Universal Credit will still be worse off by over £1,000 a year.

These new changes will also mean 330,000 more families will become eligible for UC as a lower taper rate extends support further up the income distribution, partially reversing the decision to prevent middle-income families claiming tax credits (the precursor to UC) after the financial crisis. A home-owning couple with two children can now claim UC if they earn up to £37,700, compared to £32,800 prior to the latest Budget changes, or £40,500 under the pre-2010 tax credit system.

The Budget package will significantly reduce marginal tax rates for 2.2 million working families, with working families on UC now facing marginal effective tax rates of 70 per cent – returning to rates last seen in 2010-11 for non-renters, and much lower than the 75 per cent rate put in place when UC was first introduced.

The report finds that the Budget package will significantly reduce relative poverty, but not by enough to outweigh the poverty increase caused by the removal of the £20 uplift.

After a decade of benefit policy discussions focusing on cutting the generosity of the welfare state, the Foundation welcomes the Government’s decision to increase the generosity of UC for working households, and reduce the very high effective marginal rates of tax on low-income families. Higher incomes and improved work incentives will be the result.

However, targeting all additional support purely on working families means that the basic level of unemployment benefit now stands at its lowest real-terms value since 1991, just as the UK heads into a cost of living crunch this winter.

The Foundation says that while recent changes mean that the benefit system is better equipped to support families in good times, it is not fit for purpose in protecting families from economic shocks as the basic level of support is too low.

“The Chancellor announced two very welcome major changes to Universal Credit in the Budget last week, which will boost the incomes of low- and middle-income working families.

“These changes will allow millions of workers to keep more of each extra pound they earn as a result of marginal effective tax rates falling to rates last seen a decade ago. An additional 330,000 families will also become eligible for Universal Credit.

“But while welcome, these changes are not enough to offset the damage from the recent £20 a week cut to Universal Credit. While 1.3 million families on Universal Credit will be better off, almost three-quarters of UC families will see their incomes fall this Autumn as the cost of living crunch bites.

“Universal Credit has performed extremely well during the crisis. But the recent cut in support means that our basic safety net remains far too weak to support families facing economic bad news.”