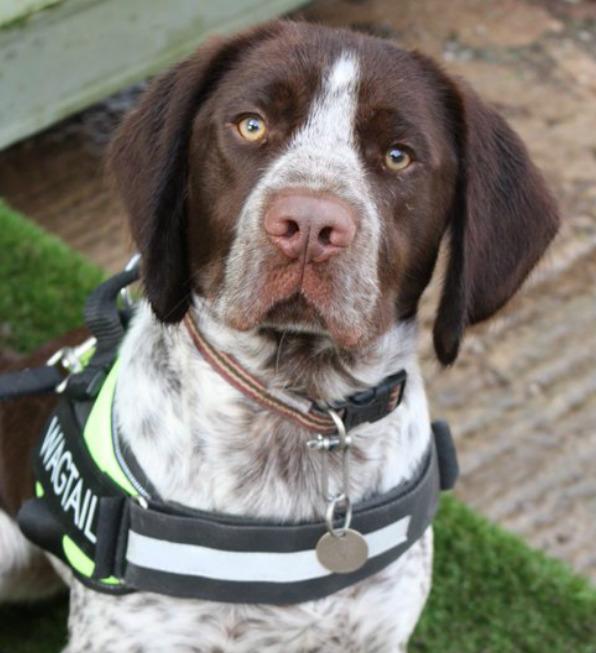 Bruiser,an English springer spaniel crossed with a beagle, sniffed out more than 3,200 counterfeit cigarettes along with 400 grams of illicit hand rolling tobacco.

The discovery led to the prosecution of shopkeeper Akhtar Ali who was sentenced to 80 hours of unpaid work and has been ordered to pay £585.

Ali of Milwain Road, Levenshulme was handed the sentence after pleading guilty to four offences related to the possession and supply of illicit tobacco.

In May 2017, acting on a complaint about the sale of illicit tobacco, council officers visited a shop on Errwood Road.

With the assistance of Bruiser, a sniffer dog trained to locate hidden tobacco, the officers found illicit tobacco hidden under the counter and in a staff room at the back of the shop.

Much of the seized tobacco was not labelled with the statutory health warnings, meaning it cannot be legally sold in the UK.

This is the second time that Ali has been found selling illegal tobacco, in December 2016 he was issued with a warning after trading standards officers seized a quantity of illegal tobacco at a shop run by him, on Northmoor Road, Levenshulme.

45,000 Salford homes and businesses can now benefit from the UK’s fastest broadband speeds