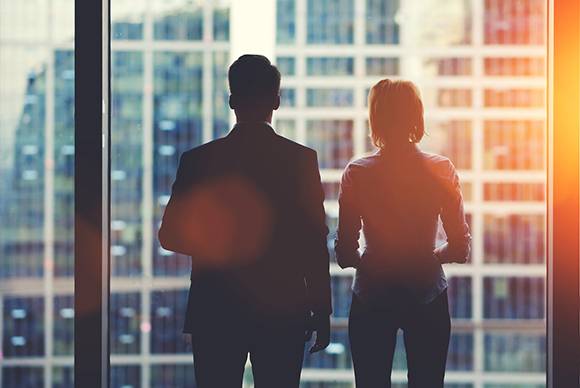 Britain’s top people are over five times more likely to have been to a fee-paying school than the general population. Just 7 per cent of Brits are privately educated, compared to two-fifths (39 per cent) of those in top positions.

The findings are presented in Elitist Britain 2019, a new report by the Sutton Trust and the Social Mobility Commission, which maps the educational backgrounds of leading figures across nine broad areas: politics, business, the media, Whitehall and public bodies, public servants, local government, the creative industries, women and sport.

Today’s report suggests that there has been some increase in the diversity of educational backgrounds at the top since Elitist Britain 2014 was published, but change is happening slowly. For the first time the research looks at the backgrounds of tech CEOs, entrepreneurs and women’s sport. Among newer categories – like leading tech CEOs – there is a disproportionate number of privately educated people (26%).

The research finds that power rests with a narrow section of the population: the 7% who attend private schools and the 1% who graduate from Oxford and Cambridge. Today’s report reveals a ‘pipeline’ from fee-paying schools through Oxbridge and into top jobs. 52% of the leading figures in some professions (senior judges) came through this pathway, with an average of 17% across all top jobs.

Thirty-nine per cent (39%) of the cabinet, at the time of this analysis in spring 2019, was independently educated. This is in stark contrast with the shadow cabinet, of which just 9 per cent attended a private school.

Interestingly, the educational make-up of the shadow cabinet has changed markedly since 2014, when 22 per cent of then Labour leader Ed Miliband’s shadow cabinet were privately educated. Of current MPs in the House of Commons in 2017, 29% come from a private school background, four times higher than the electorate they represent.

The report found big differences in the educational backgrounds of men and women at the top of sporting life. The 5 per cent of men’s football international players who attended independent schools stands in stark contrast to the 37 per cent of rugby internationals and 43 per cent of the England cricket team who had done so.

Women’s teams showed similar patterns to their male counterparts in terms of school background, but around 80 per cent of women’s internationals across football, cricket and rugby had attended university, compared to a very small number of men.

Women are under-represented at the top of all top professions. However, for women who do make it to the top, their journeys do not always look the same as those of their male peers. While women in top roles are still much more likely to have attended a private school than the population at large, they are less likely to have attended Oxbridge than their male counterparts.

Among the wealthiest members of the TV, film and music industries, there are substantial numbers of independent school attendees, at 38%. Best-selling popstars are 30% privately educated, less than top actors who are 44% privately educated.

Across the 37 categories surveyed in the report, only among men and women’s footballers were the privately educated under-represented.

The reasons why some groups continue to be over-represented in certain professions are complex and include access to education opportunities, financial barriers and the accumulation of social and cultural capital. But there are benefits to opening up the UK’s top professions to a more diverse talent pool. Many firms and industries have recognised this and there has been a welcome focus on diversity and professional access in recent years.

“Britain is an increasingly divided society. Divided by politics, by class, by geography. Social mobility, the potential for those to achieve success regardless of their background, remains low. As our report shows, the most influential people across sport, politics, the media, film and TV, are five times as likely to have attended a fee-paying school.

“As well as academic achievement an independent education tends to develop essential skills such as confidence, articulacy and team work which are vital to career success. The key to improving social mobility at the top is to tackle financial barriers, adopt contextual recruitment and admissions practices and tackle social segregation in schools. In addition, we should open up independent day schools to all pupils based on merit not money as demonstrated by our successful Open Access scheme.”

“Politicians, employers and educators all need to work together to ensure that Britain’s elite becomes more diverse in gender, ethnicity and social background. It is time to close the power gap and ensure that those at the top can relate to and represent ordinary people.”