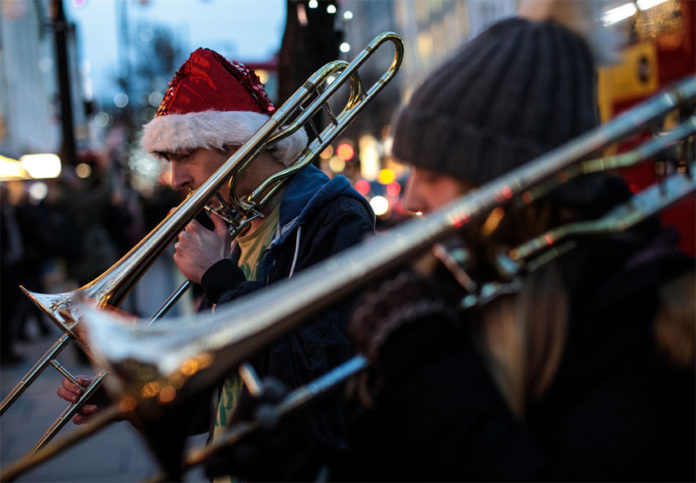 Stress relief, improved mental health and lungs like an elite sports star are just some of the ways playing in a brass band can improve your health and wellbeing, according to research from the University of Sheffield.

The study, led by Dr Victoria Williamson and Dr Michael Bonshor from the University’s Department of Music, has found that being part of a brass band can have a positive impact on people’s physical, psychological, social, emotional and spiritual health.

With the help of Brass Bands England, the Sheffield researchers circulated a questionnaire among current brass band players asking them about the positive and negative effects of playing in a band.

Responses to the survey revealed the overwhelming majority of players felt that performing in a brass band had improved their breath control and lung capacity with some players experiencing improvements to pre-existing respiratory conditions.

One participant with over 20 years of brass band experience, who suffers with asthma, reported how playing in a band had helped them gain control over their breathing, leading to their lungs being compared to the lung capacity of an elite sports person when being monitored by a doctor.

Results from the study highlighted how being in a brass band can have psychological benefits such as, relief from stress, increased resilience, improvements to overall mental health and can be a distraction from some of the worries and frustrations that people experience in everyday life.

Another participant in the study, who was aged in their 30s, reported on how concentrating on playing and following the lead of a conductor felt similar to the mental cleansing experienced during meditation.

The research also found that brass band players value the social aspects of being in a band and experienced benefits such as making new friends, feeling part of a community, having support networks and a sense of belonging from being part of a group of musicians.

One musician, who had started playing relatively late in life, said in the study: “If you are prepared to spend the time and effort to master a brass instrument, you will never be lonely or bored again. There are so many bands out there and many are crying out for players, that you could be out every day of the week playing with some band. This in turn will lead to great social interaction with people of similar musical interests.”

“Our survey respondents particularly valued the opportunities for community building, reporting a sense of social bonding and belonging, not only within the brass band world but also through their band’s musical role in a range of public events and fundraising activities for the wider community. We are hoping that these findings will encourage people to participate in this sociable way of contributing to our physical and mental health.”