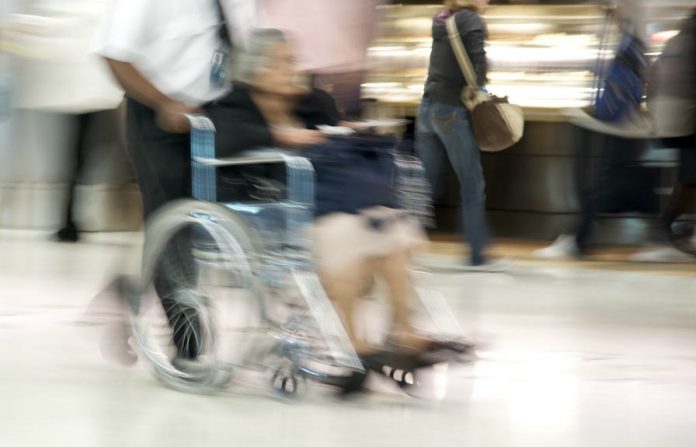 For the second year running, Manchester Airport has been rated as poor in its facilities for disabled passengers.

In a report from the Civil Aviation Authority (CAA),which found that four of the UK’s biggest airports are still failing to cater adequately for disabled passengers,Birmingham, Gatwick and Stansted airports have still not met CAA expectations for accessibility services and have been told they must make urgent improvements.

Manchester airport, meanwhile, comes bottom of the pile, rated “poor” for the second year in succession.

Some 16 airports have been ranked “very good”, up from just six last year, including Edinburgh airport which was rated “poor” last year.

Similar progress has been made at Heathrow, which improves from “poor” to “good” following £23 million investment in assistance services.

According to the CAA, there are now more than three million access assistance requests annually, an increase of nearly 80% on 2010 – making it imperative airports disabled friendly.

“However, there are still too many occasions where things go wrong. We will continue to focus our work on ensuring that standards are maintained and improved, particularly for those whose experience has not been as positive as it could have been. Where we see examples of bad practice, we will not hesitate to hold airports to account and take the necessary enforcement action.”

Bacon Butties as Accelerate Places opens its doors in Manchester