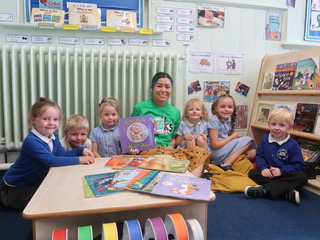 After The National Literacy Trust reported that more than 40,000 schoolchildren in Greater Manchester don’t own a single book, CEO of online bookstore Books About Who, Cheryl Chan decided to step in to help the city’s children, starting with the local schools.
According to Jonathan Douglas, director of the National Literacy Trust, “Books have the power to transform children’s lives, which is why it is so alarming to discover that more than 40,000 children in Greater Manchester don’t have a single book to call their own.”
Cheryl was struck by the report that indicated that 6,187 of the 40,367 children without a book were based in in the city of Manchester and the rest in Greater Manchester.
Reading books not only has an impact on children’s mental wellbeing, but children who say they own a book are 15 times more likely to read above the level expected for their age than their peers who don’t.
It was stats like these that led Cheryl to create Books About Who – an online bookstore that helps parents find existing storybooks that feature their child’s name as a key or leading character. By putting kids at the centre of the story using their name, Cheryl believes we can get children more engaged in reading.
On 9th July, Cheryl visited Radcliffe Hall CE Methodist School in the city of Manchester during the school’s ‘Reading Fortnight’ to read to the children and to adjudicate their book review writing competition.
“It was wonderful to spend time with the children and hear all about the books they enjoy reading as well as inspire them with some new stories,” she said.
Cheryl read “Eleanor Won’t Share” by Julie Gassman to the children, which is a sweet example of one of the many books sold on Books About Who, with a massive range of character names for boys and girls.
The children at Radcliffe Hall spent all week writing book reviews for the competition in the hopes of winning a book from Books About Who.
“I was very impressed with the book reviews, where children went into great detail telling me what they liked about the books they had read. It became apparent how useful the exercise was after I had read to each class. By the end of the book children were raising their hands volunteering themselves forward to tell me what they enjoyed about the story I had just read.”
It is clear that newly appointed Headteacher Mrs. Ford is already making positive changes within the school by highlighting reading as a priority.”
Books About Who concluded the visit by donating £100 worth of books to Radcliffe Hall’s school library.
If any local schools would like Books About Who’s support in helping to improve school literacy levels they can contact Cheryl via hello@booksaboutwho.com.

60,000 trees will be planted with 350 Greater Manchester primary schools over the...