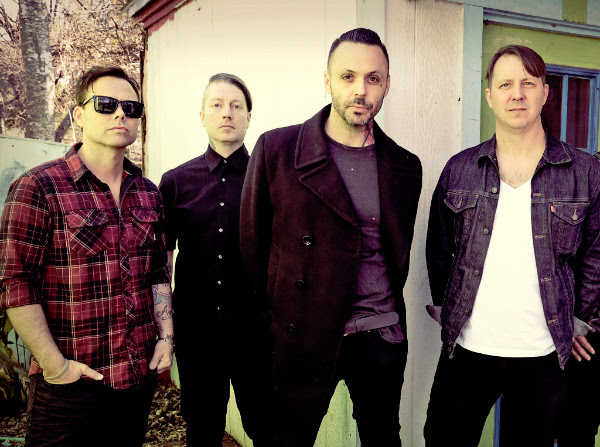 Blue October, the Platinum-selling Texas-based band, are delighted to announce their UK tour in March 2018.  The band will perform eight shows across the country including a date at the Manchester Ritz.

The band will also release a single, ‘I Hope You’re Happy’ on 2 February 2018, just ahead of the tour.  The track is taken from their forthcoming album.

Known for its shimmering melodies and heart-string pulling lyrics, Blue October boasts a powerful line-up of fantastic musicians and one of the most emotionally charged and magnetic front men in music today. Justin Furstenfield has travelled a hard road since joining the band and his struggles and, ultimately, his redemption is the subject of a forthcoming documentary ‘I Want It’ .  Blue October is Jeremy Furstenfeld (drums), Matt Noveskey (bass), Ryan Delahoussaye (violin and piano) and Justin Furstenfeld (guitar and vocals).

Justin Furstenfeld said, “I’m honestly more excited than ever to return to England.  Everyone who knows me knows I grew up living and breathing bands from the UK like The Cure, The Smiths, Joy Division, The Cocteau Twins, Stone Roses, and the list goes on and on.  These artists taught me how to write and feel through music.  I’m in love with the U.K. now and forever.”

Blue October are an important act rooted in the honesty and emotional heft of songs like the new single ‘I Hope You’re Happy’.  This is a band that can make you move your feet, for sure, but they have plenty to say about this world we live in too.  Don’t miss them on tour in the UK!

The band play the O2 Ritz on the 15th March