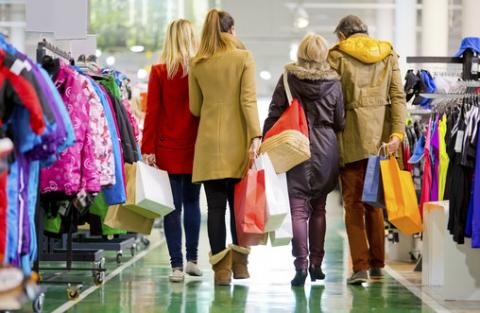 Retail sales fell in the year to March, according to the CBI’s latest monthly Distribution Trades Survey.

The survey of 109 firms, consisting of 53 retailers, revealed a weak month for retailers, with year-on-year sales volumes declining for the first time since October 2017.

Additionally, sales for the time of year were significantly below normal, and by the greatest extent since April 2013. The volume of orders placed with suppliers, meanwhile, was broadly unchanged.

The fall in retail sales was broad-based, with lower sales at non-specialised stores (i.e. department stores), furniture & carpets, clothing, and other normal goods the main drags on headline sales growth.

Looking ahead to next month, retailers expect sales volumes and orders placed with suppliers to grow, though at a fairly subdued pace.

Additionally, wholesalers and motor traders seemed to have also felt the chill from the poor weather, with both sectors reporting noticeable slowdowns in sales growth in the year to March.

“Against a backdrop of stagnating household incomes and weak consumer confidence, the lengthy cold snap earlier this month has heaped added pressure on retailers.

“Freezing conditions and transport disruption caused people to avoid the High Street. With many forced to work from home telecoms firms saw record internet traffic, yet on-line shopping slowed sharply given the potential for disrupted deliveries.

“As winter finally loses its grip, retailers expect a recovery in sales growth in April, albeit a fairly tepid one. While the latest wage and price data point to the first green shoots of a recovery in real household incomes, any gains are likely to be modest, with conditions for retailers likely to remain challenging for some time yet.”

Looking to the rest of 2018, we expect the recent squeeze on household incomes to ease in the months ahead, but with real earnings growth likely to remain tepid relative to pre-crisis norms retailers and other consumer-facing companies will continue to operate in a difficult environment.

Across the economy more broadly, we expect growth to remain subdued over the coming quarters, in line with 2017 performance – for more detail, see our December economic forecast.

Drivers in Manchester and Merseyside paying £67 more for car insurance