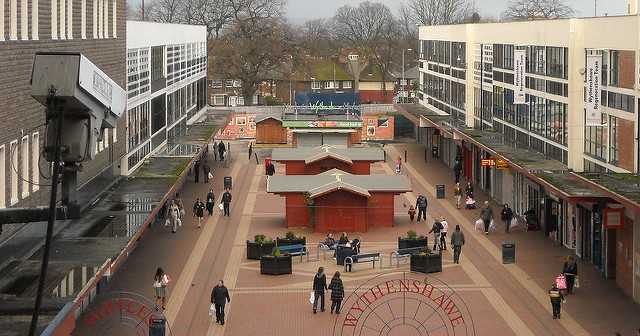 BBC Radio Manchester is to broadcast live from Wythenshawe for a week in September.

Called We Are Wythenshawe, the station will move into an empty shop in Wythenshawe town centre from September 9th until September 15th. It will broadcast live from 6am to 6pm every weekday with the mid-morning show coming live from the shop over the weekend.

Presenters including Chelsea Norris, Mike Sweeney and Phil Trow will all present their shows live from the town – they are looking forward to meeting people from across Greater Manchester and want to share their stories and get a taste of what Wythenshawe has to offer.

Throughout the week, Mike Sweeney will discuss the perception problem the town faces as well as the aspirations of young people.

A live newsroom will be based in the shop which will take people’s stories each day and turn them into radio content. There will be behind the scenes reports from Wythenshawe Hospital and Manchester Airport. And the station will follow a DIY makeover of Norbrook Youth Centre with a call to arms for people to help out!

In addition, BBC Introducing acts will perform live from the shop each day; artwork from local artists will be displayed; and local poets will be performing their work.

Kate Squire, BBC Radio Manchester Editor, said: “We want people who live in Wythenshawe to tell us what life is really like for people in this part of the city. We’ve met some great people who deserve to share their stories on the radio, and we want to put down roots in the community not just for our We are Wythenshawe week, but connections that will go on and on as part of BBC Radio Manchester. We’re proud of Wythenshawe ….”

We Are Wythenshawe is the idea of BBC reporter Andy Bell who lives in Wythenshawe. He said: “There seems to be a perception of Wythenshawe that simply doesn’t match up with what I’ve experienced while I’ve been living there! You get out and talk directly to people and you quickly find out there’s a truckload of great stuff going on and the people I’ve met are so passionate about where they’re from. It’s going to be a lot of fun being right in the thick of it and helping the community share their stories and experiences.”