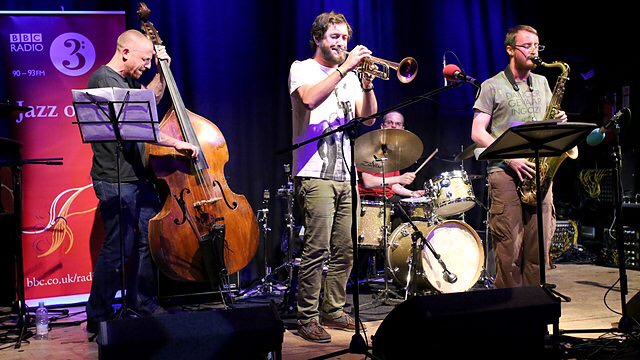 This year Jazz On 3 is heading to the 20th Manchester Festival for a BBC Introducing showcase at Band On The Wall on 31 July.

team of BBC jazz presenters including Jez Nelson, Gilles Peterson and Kevin Le Gendre will select bands to perform and your music could also be heard across BBC Radio on programmes including Radio 3’s Jazz on 3, Radio 2’s Jamie Cullum show and Stuart Maconie’s Freak Zone and Gilles Peterson on 6 Music.

Jez Nelson, Presenter, BBC Radio 3’s Jazz On 3, says: “BBC Introducing has proved incredibly powerful at uncovering great talent across many music genres. Jazz is no exception. As a way of discovering excellent new artists and bands it’s been invaluable for Jazz On 3. The Manchester Jazz Festival BBC Introducing event is a real highlight of the year – I’m always blown away by the quality of the acts that make it to the night.”

Manchester Jazz Festival takes place from 31 July – 9 August and is the longest running music festival in Manchester. It celebrates 20 years in 2015 and is unlike any other event on the jazz festival circuit. Accessible to all and with many free events, mjf features 10 days of contemporary jazz from the North West, the UK and abroad with national premières of original work and international debuts. The full programme for 2015 will be announced on 12th May.

Plans are announced to build a memorial to Leigh POW camp