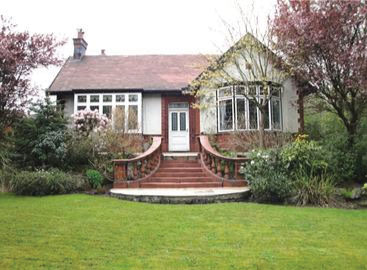 Bright Futures School is a very small special independent school for children with autism, which has a maximum capacity of 12 pupils.

The school opened in 2010 and has since then been renting premises in  Grasscroft. In April 2018 these premises went up for sale and staff and pupils have been living in a state of uncertainty about the school’s future ever since.

The school’s management team have been scouring Oldham and surrounding areas for alternative premises to rent. Zoe Thompson, the school’s proprietor, recalls how difficult it has been to find somewhere that was the right size, with off-road parking that was also within their limited budget.

In June, Zoe sent out a press release appealing to Oldham people who might know of suitable properties to rent to get in touch. Daniel Scott from Robert Scott and Sons in Greenfield saw the newspaper article and visited the school. After thinking things over and discussing them with the company Board of Directors, Daniel made what Zoe calls ‘the most magnificent offer’ – his company have offered to build a new school for Bright Futures on the site of a former farm building on land opposite their Greenfield factory.

Zoe says, ‘The redevelopment of the site will also benefit the company, as part of the site will be developed as parking for Scott & Sons staff……but even so, we just couldn’t believe that someone would  go to the lengths of building a whole new school for us – it’s so
generous. Basically, Robert Scott and Sons have secured our future and  given us a platform from which to implement some big plans that we  have for our school. We are so grateful to Daniel and the Board of  Directors.’

Daniel says:  ‘Having heard about the plight of the school and subsequently learned what a fantastic institution it is, we wanted to help. It was clear that what Bright Futures School needs is unique and as we have a plot of land that would really lend itself to meeting
those needs, I was happy to offer to help. Between us we have been working on creating a fantastic small, nurturing learning environment, allowing the school to continue its amazing work with the children.’

Zoe had previously been in talks with Greenfield Methodist Church about the possibility of sharing their space but the Church decided for logistical reasons that it wasn’t feasible. The Spiritualist Church in Uppermill were kind enough to offer refuge and although this  had some good points as a potential venue – location, parking and outdoor play space were good – Zoe says it would have been a very  tight squeeze.

The school has also been supported by Chartered Architectural  Technologists, Whittaker Design, who offered help in locating  alternative premises and have now been commissioned to design the project and by Councillor Jamie Curley, who has helped to navigate  some Council-related issues.

Jamie, Daniel and Lee have become strong supporters of the school’s novel approach to helping its pupils, after viewing video footage of the difference in pupils’ abilities to
connect with others, share attention and not only to participate in  but also to enjoy both learning and social interaction before and  after a year’s input from Bright Futures staff.

The team are nearly ready to their submit proposals to Oldham Council for planning permission. It is anticipated that it may be up to a year before the new build is ready. In the interim, the school has been lucky enough to find temporary accommodation in a former Nursery in Greenacres.

Zoe says ‘Although it will mean moving twice, we wanted to take the initiative to move out of the Grasscroft building, which could sell at any time. Insecurity of tenure has been very stressful to live with. At times we have felt desperate because finding suitable  alternative premises was proving to be so difficult. We have agreed a year’s lease on the nursery premises with an option to renew on a monthly basis if the new premises aren’t ready. It feels like we have  finally turned a corner.’

Zoe says her final words have to be, ‘Never underestimate the power of a press release!’

A third of parents do not immediately plan to send their children back to...