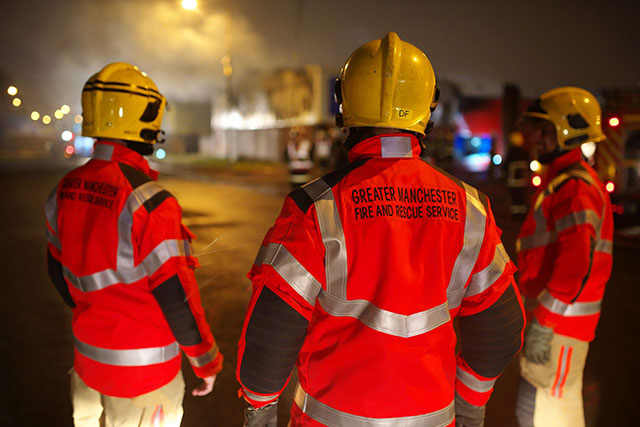 Attacks on firefighters in Greater Manchester have increased 75 per cent, as new national data shows almost 750 firefighters in England were attacked when out on duty in 2016/17.

Greater Manchester Fire and Rescue Service (GMFRS) has recorded 89 incidents in the city-region so far this year compared to just 51 in the whole of 2016.

GMFRS has released the figures as part of its support for the Assaults on Emergency Workers (Offences) Bill 2017-19 – a Private Member’s Bill that would introduce a new offence of assaulting an emergency worker, new sentencing guidance, and new powers to take bodily samples from suspects.

Deputy Mayor for Policing and Crime, Beverley Hughes, said: “To have our hard-working GMFRS crews attacked almost 90 times in 11 months is dreadful – it endangers lives, frustrates firefighters and prevents our Fire and Rescue Service from properly doing its job.

“These attacks take up the extremely valuable time and resources. GMFRS fully endorses the measures outlined in the Assaults on Emergency Workers (Offences) Bill 2017-19 to both protect firefighters and prosecute those who put emergency service personnel in harm’s way.”

The borough with the sharpest increase in attacks was Manchester, which has seen a substantial 163 per cent rise year-on-year, with Wigan (110 per cent) and Salford (75 per cent) second and third respectively.

In November firefighters attending incidents across Greater Manchester were on the receiving end of 28 attacks – during the same month in 2016 and 2015 the recorded figures were 12 and six.

Attacks recorded include objects thrown at firefighters and/or appliances, verbal abuse, harassment, physical abuse and other acts of aggression.

Nationally, the picture matches the trend. New statistics released earlier this week by the Home Office show 738 firefighters in England were attacked when attending operational incidents between April 2016 and March 2017.

The majority of recorded attacks involved verbal abuse (55 per cent, 403 incidents in 2016/17) while a further 28 per cent involved objects being thrown at firefighters and/or appliances (206 incidents).

This data has been revealed for the first time by the Government. Chair of the National Fire Chiefs Council (NFCC) Roy Wilsher said: “It is shocking that firefighters who are attending incidents are being attacked while doing their jobs. All firefighters work tirelessly to keep communities safe, often putting their own lives in danger in the line of duty. I am both saddened and angry to see these figures.”

On November 5, the Mayor of Greater Manchester, Andy Burnham, joined crews in Bolton and attended a number of Bonfire Night incidents.

On the night the Mayor himself witnessed deliberately-started fires and firefighters coming under attack, and commented: “It was a shock to see the fire service being attacked. Unbelievably the firefighters said it was actually very common. This is fundamentally unacceptable.

“Attacking front line 999 responders is disgusting and, where there is evidence, we should throw the book at those responsible.”

In October, firefighters spoke out about the impact of having stones and bricks thrown at them when responding to incidents.

Crew Manager Pete Wilmot said: “When you get attacked it’s frustrating. We’re only there to put fires out so people don’t get hurt, we’re just normal people that want to go home to our families.

“It is becoming more common and it does make my crew quite angry. It’s upsetting sometimes.”

Beverley added: “These figures, both regionally and nationally, are shocking. Endangering the safety of those who make up our emergency services will not be tolerated.”