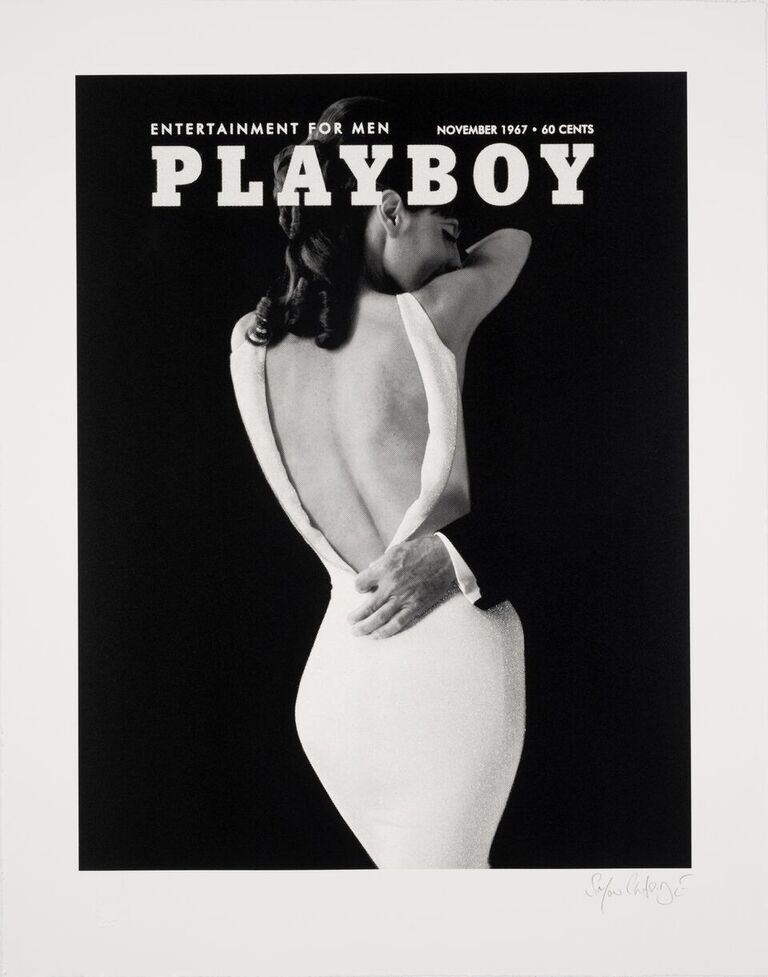 Acclaimed British artist Simon Claridge has teamed up with iconic global brand Playboy to launch a new collection which pays homage to some of the magazine’s most iconic cover images.
Available to buy at Castle Fine Art, Manchester on Deansgate and Castle Galleries in the Trafford Centre from Friday 15th January 2016, the new collection features six cover images dating from 1967-1982 which Claridge handpicked after being granted rare access to the Playboy archives.

Each of the iconic covers have then been transformed into a series of limited edition silkscreen prints – hand signed by the artist – and embellished with Claridge’s signature ‘diamond dust’ finish. The unique technique ensures that no two people will view Claridge’s art in the same way as light is reflected and refracted off the shiny particles of the ‘diamond dust’– an incredibly rare material that was handmade to order for this project.

Claridge’s work caught the attention of the art elite after he filled the windows of the gallery he was working in with his own canvases – without the owner’s permission – and all sold out after the first day. Today, Claridge has garnered international acclaim for his fine art interpretations of iconic figures on silkscreen, including female stars such as Twiggy, Bardot, Marilyn. With an emphasis towards vintage styling and classic photographic technique, his much anticipated new collection embraces Playboy’s glamourous and provocative spirit.

Claridge, who was signed by Birmingham based art publishers Washington Green Fine Art in 2005 – joining its diverse portfolio of innovative contemporary artists – said:

“Playboy, to me, represents so many firsts… It’s progressive, revolutionary…I cannot emphasise enough the reach and scope of Playboy’s influence.

“Andy Warhol is the primary influence in my career; he famously created a Playboy cover cementing the relationship between Playboy and Pop Art, and paving the way for artists like me. I am so proud that my diamond dust collection is to be part of Playboy’s lineage in 20th century culture.”

“Playboy is one of the most instantly recognisable brands in the world and Simon’s new collection pays homage to this bastion of popular culture.
“Playboy’s recent announcement to no longer feature nudity within the pages of its magazine reinforces Claridge’s approach to this new collection which focuses on a range of vintage cover images from the 1960s through to 1980s.

“His selection of images – chosen from over 700 covers dating back to 1953 – speaks of his penchant for a primarily 70s aesthetic, although the imagery undoubtedly has a timeless appeal.”