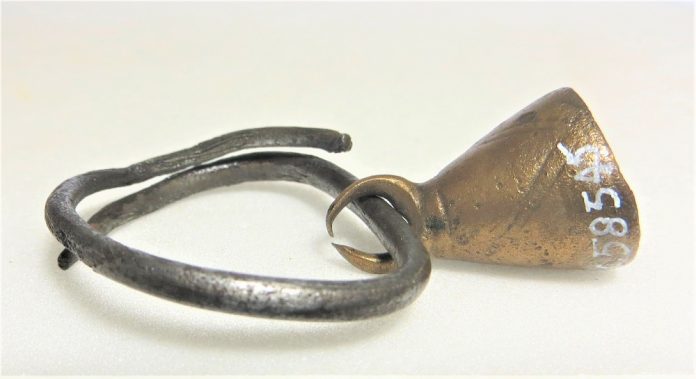 The first in-depth study of Roman and Late Antique Egypt using everyday artefacts as its principal source of evidence has been awarded a large project grant by the UK Arts and Humanities Research Council (AHRC).

The two-year project is a collaboration between Ellen Swift (Canterbury, Kent) and April Pudsey (Manchester Metropolitan University) and the Petrie Museum of Egyptian Archaeology,UCL.

The research project aims to transform our understanding of social experience, social relations, and cultural interactions among the populations of Egypt in this period.

UK museums hold significant collections of artefacts from Roman and Late Antique Egypt as a result of late nineteenth and early twentieth century archaeological excavations, yet most of these objects have never been studied systematically from a social perspective.

The project will study artefacts from the collection of UCL’s Petrie Museum in Bloomsbury, London, one of the largest and best-documented in the UK. It contains more than 8,000 objects dating to the periods under study.

Researchers will examine the features of artefacts, the materials they were made from, and evidence of modification that shows how they were used and re-used in daily life. In association with the study of papyrus texts, the project will investigate aspects of social behaviour and experience and shed new light on daily life in Roman and Late Antique Egypt.

Dr Pudsey and Dr Swift are particularly interested in investigating how experiences may have differed between children, adults, slaves, women, men, and people of different social and ethnic groups. Evidence of wear and repair will reveal both aspects of practical daily use, and personal and sentimental meanings that may have been attached to objects such as dress accessories, shoes, toys, and simple musical instruments.

The research will bring together specialists in the interpretation of ancient Egyptian texts on papyrus, and archaeological artefacts, drawing on new methodologies and interpretative approaches including the experimental recreation of objects.

Dr April Pudsey, Senior Lecturer in Ancient History at Manchester Metropolitan University, said: “This research project is exciting in many ways, not least because of the opportunity it provides us in examining such rich and understudied material.

“Much of my own focus will be on objects and texts relating to family and children, those voices from Antiquity which are rarely heard and rarely studied. The generosity of the AHRC also allows us to reproduce objects and create materials and recordings for future generations of scholars, students and the public.”

Presentation of research results will include a co-authored book on the social history of Roman and Late Antique Egypt from artefact evidence, a journal article on the 3D scanning and recreation of objects, online teaching and research resources for schools and universities, and a workshop for museums and academics.

An exhibition at UCL’s Petrie Museum towards the end of the project, open to the general public, will present the research on the musical instruments in particular, displaying the originals from the Petrie collection, and prototypes & replicas made via 3D scanning/printing technology. Visitors will be able to experience the sounds of the artefacts, handle and play the replica items, and learn how the artefacts would have been used to create particular experiences, for instance in religious and ritual activities.